Rapid rehousing helps San Diego Veteran get back on track 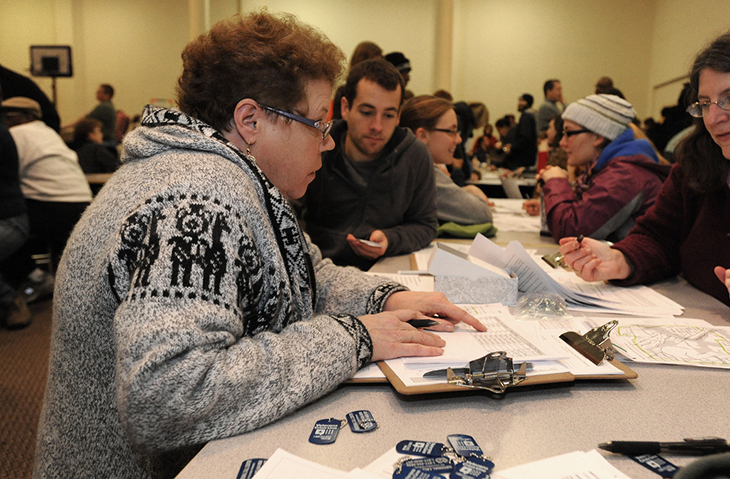 Before he unlocked the door to his studio apartment in September 2014, Ben Jaramillo had been homeless in the downtown area of San Diego for four years. “I was working as a carpenter, and ended up in my van when work fell flat, and then just kind of stayed there out of convenience and convenience turned into necessity and necessity turned into stuck, because of finances,” he said.

Jaramillo described the challenges he experienced while living in his van. “If [my van] breaks down, I can’t use it for transportation, and if it gets towed, I’m really jammed up. Then I have to find someplace else to live, which means turning to my friends or a shelter or, push comes to shove, on the street.”

In June, Jaramillo participated in a Vulnerability Index and Service Prioritization Decision Assistance Tool (VI-SPDAT) survey during a 25 Cities Street Outreach week. VI-SPDAT is one tool the San Diego community is using as part of its Coordinated Assessment and Housing Placement (CAHP) System. The following week he was assigned a housing navigator, who helped him understand the resources available to him and collect necessary documents for permanent housing. Soon after, he was matched to a Supportive Services for Veteran Families (SSVF) rapid rehousing program through Veterans Community Services, a division of Community Catalysts of California and a partner in the San Diego 25 Cities Effort. The Veterans Community Services SSVF program assisted Ben in finding and staying in permanent housing and provided him with financial assistance to help him pay his rent.

“I think it has helped [Ben] to know that he has support, and that gave him the courage to apply for work,” said Veterans Community Services program manager Teresa Grenawalt. “He has an address to put down on job applications and an agency he can turn to for support.”

Less than two months after moving into his current home, Jaramillo found employment with a security guard company. “I’m back in the groove again, getting on with my life,” he said. “I can’t say enough how much I appreciate the help that the [Veterans Community Services SSVF rapid rehousing] program has given me to get out of my van and get back into the work mode – financial independence mode.”

Jaramillo’s success story resulted from collaboration across numerous agencies. In the first 100 days after the CAHP was established, more than 2,200 homeless people were assessed and 44 Veterans were housed from the streets and shelters of downtown San Diego.

“We’ve seen an influx in the number of Veterans that we’re able to serve from 25 Cities,” Grenawalt said. “The biggest takeaway is the amount of collaboration and coordination that all of the organizations serving the population are doing. It’s really been helpful to get people to talk, be on the same page, and really work together.”

Michael McConnell, a member of the 25 Cities San Diego leadership team, echoed this sentiment. “The 25 Cities [Effort] is a remarkable example of how collaboration between multiple private and public organizations, including service and housing providers, can further the progress toward ending homelessness by using coordinated efforts to maximize resources,” he said. “Our goal is to expand the initiative to other cities throughout San Diego County in the future.”

VA, in partnership with the U.S. Department of Housing and Urban Development (HUD) and the U.S. Interagency Council on Homelessness (USICH), launched the 25 Cities Effort in March 2014. The outreach effort is a key federal strategy through which 25 communities, including San Diego, are receiving technical assistance and mobilizing local planning efforts and partnerships to create effective systems for aligning housing and services interventions through coordinated systems to end homelessness. Led by VA, in partnership with HUD and USICH, the aim of this effort is to assist 25 communities in accelerating and aligning their existing efforts toward the creation of coordinated assessment and entry systems, laying the foundation for ending all homelessness in these communities.

The 25 Cities Downtown San Diego Design Team is comprised of multiple organizations dedicated to creating a strategic system that will assess, match, house, and retain Veterans experiencing homelessness and those who are chronically homeless. Ultimately, the 25 Cities San Diego Design Team’s work is resulting in a paradigm shift in how housing options are offered to homeless individuals and working tirelessly to ending homelessness in San Diego. The team collaborated with Funders Together to End Homelessness – San Diego in the drafting of this story.