He was given two years to live…23 Years Ago 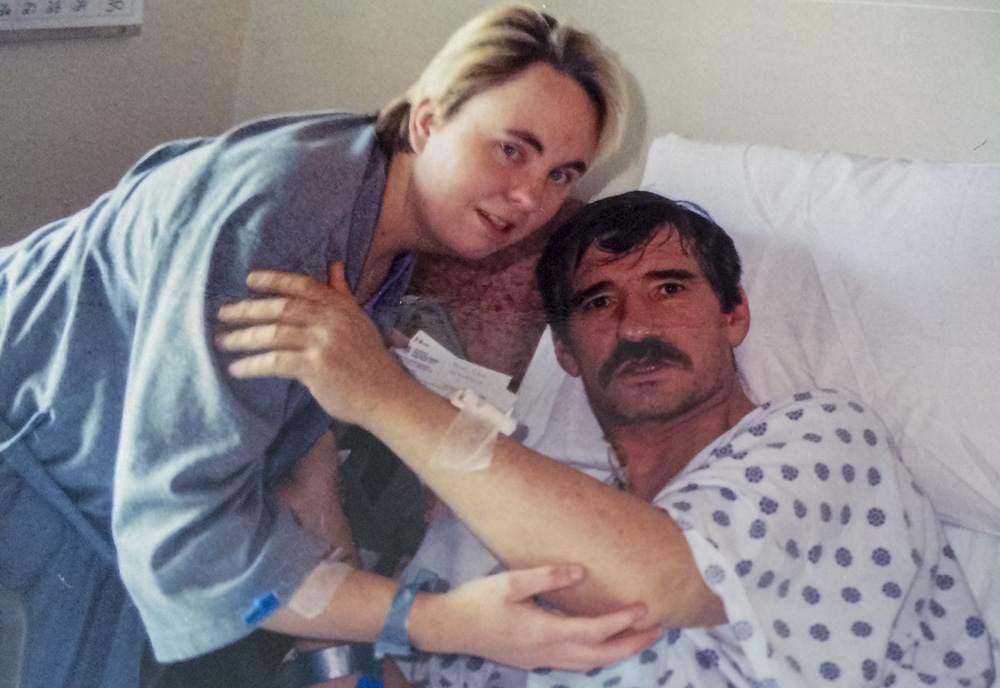 Army Veteran Herbert “Roy” Jeffers knew what jet lag felt like so he decided to wait a few days after his last trip to Germany to see if his energy perked back up.

“I thought if I rested a day or two, I would be back on my game. I wasn’t, so I went to see my doctor. At that time, they had a new test for hepatitis C, so I had the test and it showed I had abnormal liver functions. I had hepatitis C. I had never heard of it before.”

Millions of Americans have chronic hepatitis, and most of them do not know they are infected. If left untreated, hepatitis is life threatening. It can lead to liver disease, the tenth leading cause of death in the United States.

Jeffers was just beginning a journey of more than 20 years that has made him a survivor, an expert on hepatitis and a strong advocate for prevention.

“They sent me to a liver specialist who told me my liver was in really bad shape. And also that my gall bladder needed removal, so they took my gall bladder out. “They also told me I had less than two years to live. And I thought, well, this disease might beat me but I was not going to let it win easily. I was definitely not going to be passive about the whole thing.”

May is National Hepatitis Awareness Month

And May 19 is National Hepatitis Testing Day, an opportunity to increase awareness of the dangers of hepatitis and to remind the public who should be tested for viral hepatitis.

“My first trial program was when the only thing they had was the drug interferon. At the end of the trial I still had the hepatitis C virus. It didn’t work for me. After another year, they put me on another protocol, this time with a time-released interferon. Forty-eight weeks of that and it didn’t work out either. The third trial was called an induction series where they were injecting me daily.

“At that point, my liver had progressed to cirrhosis and I required a transplant which I had at the University of North Carolina in 2002.”

“I got a new liver from a living donor, a lady who volunteered to give me part of her liver. She didn’t know me at all. She was a minister, Reverend Elise Brown. You’re not gonna meet many ministers who will say, ‘Oh yeah, you can cut me open and take half my liver.’”

Jeffers continues to work with VA to get the word out to all Veterans that it is very important to have the hepatitis test.

“I helped to start a hepatitis support group in Greensboro and also with the VA in Durham. And then in 1998 I heard they were putting together a group of patients in DC to discuss hepatitis and how to c

ommunicate with Veterans. I got to be on that first board.

“Feeling better than I was and getting better every day.”

“I am going to attack this disease all I can and know enough about it to help the next guy coming through.” Today, he is a member of VA’s Veterans Hepatitis Community Advisory Board.

Jeffers started treatment on a new drug in February and is now in his seventh week. “I am feeling good, feeling better than I was and getting better every day. I’m gonna kick it this time.”

And what’s his advice for Veterans?

“You don’t have anything that tells you that you better go check this out. All of us baby boomers should get tested for hepatitis. If you wait too long, the damage is already done to your liver and you’re going to wind up with cirrhosis or a transplant or maybe even liver cancer, which will kill you.”

Chronic viral hepatitis can lead to serious liver damage including liver cancer. A working liver is important because of its many functions.

Jeffers, 64, says he has heard it from every angle from other Veterans. “I’ve heard a lot of people say I don’t want to know or I will wait until I reach retirement age. Well, time is an issue. Don’t wait until you get s

ymptoms. I recommend as strongly as I can that anyone go and ask their provider for the test. The test is just a blood sample, one blood stick and you get no ill effects from it.”

Three of his treatment trials have been with the VA and he is impressed. “Today, VA is actively going out and seeking people that have certain conditions. They are very positive about finding Veterans and finding out what’s wrong and trying to get that solved. My personal care has been from some of the most empathetic and caring professionals I have met in all of my time in dealing with hepatitis.”

Veterans and their families can learn about the most common hepatitis infections and ways to protect your liver on this VA website.