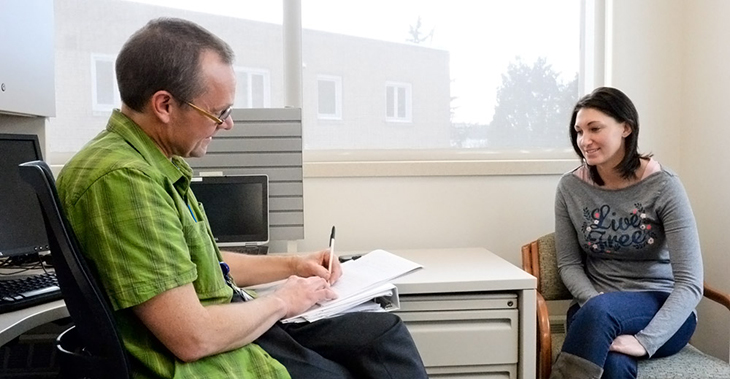 VA provides mental health services at its hospitals and Community Based Outpatient Clinics to Veterans of all eras regardless of their combat history. So, who needs Vet Centers anyway? I get asked that question often. I am a combat Veteran and I work as an outreach technician at a Vet Center in New Jersey. I would like to answer that question for you, the long way around and I’ll start from the beginning.

The Vietnam War. It was a conflict that was, and remains, a point of contention for many Americans. For the 2,709,918 Servicemembers who served in country, that time was more about survival than politics. When they returned home some of those young men and women were welcomed home by their fellow Americans with taunts and disdain for what they had been sent to accomplish in Vietnam. Others returned home in flag-draped coffins having made sacrifices so selflessly that only those who served by their sides truly understood.

For some Vietnam Veterans, the burdens of war and the range of emotions experienced during such an event did not fade when they returned home. They lingered. They haunted dreams and interceded without precaution into daily living. For those Veterans, those familiarities were far too much to experience; so they learned to cope with their past using whatever soothed their minds the quickest. Some turned to religion, some to drugs and alcohol and some turned to each other.

Realizing the latter and the need for a better alternative to structured readjustment for combat Veterans than through the traditional VA Medical Center clinics, the Vet Center program was established by Congress in 1979. By that time a significant number of Vietnam-era Veterans were still experiencing readjustment problems years after their service had ended. Thus, the Vet Center program was established and they became places where combat Veterans could get together to discuss with each other their experiences and concerns in a safe and welcoming environment. The community-based Vet Center was a place where they could speak freely about their experiences and their reservations about life since returning from war, free from the fears of persecution or stigma that they experienced elsewhere in society. In many ways, the Vet Center program accelerated VA’s involvement in community-based mental health care.

Years later, in 1991, in direct response to the Persian Gulf War, Congress extended eligibility for Vet Center services to Veterans who served overseas during other periods of armed hostilities after the Vietnam era, including conflicts in Lebanon, Grenada, Panama, Somalia, Kosovo and Bosnia. Five years later, Congress again extended Vet Center eligibility criteria, this time to include World War II and Korean War Combat Veterans. This was the first time that the benefits of the Vet Center program were available to all combat Veterans.

VA’s Vet Centers began readjustment counseling for Vietnam Veterans in 1979. Today, combat Veterans from all eras can receive counseling at Vet Centers. At the Lexington, Ky., Vet Center, community members share their thanks for those who served in Vietnam.

Most recently, in 2003, the VA extended eligibility for Vet Center services yet again, this time to Veterans of the most recent conflicts, Operations Enduring Freedom, Iraqi Freedom, and subsequent operations within the Global War on Terrorism. Today, that includes combat Veterans who served in Operation New Dawn as well.

Since the inception of the program, the most basic criterion to receive Vet Center services was combat service. Combat touches the lives of more than just the Servicemember, though. It affects families, especially in instances where a loved one has given their life for their country. So, along with the addition of the most recent generation of combat Veterans, the Vet Centers provide bereavement counseling services to surviving parents, spouses, children and siblings of Servicemembers who have died of any cause while on active duty, including combat. This change reflected a shift in the way Vet Centers operated. No longer were they a place specifically for combat Veterans. They had become a truly sacred place in which to process the traumas associated with wartime service and traumatic military experiences for all who were directly impacted, including family.

By the mid-2000s, VA was staffing Vet Centers with qualified counseling personnel to help guide discussion and provide clinical direction to Vet Center clients. Today, Vet Centers are staffed by trained clinicians, most of whom have attained the master’s level or above in their field and hold a license to practice their trade. Benefiting from this, modern Vet Centers provide a wide array of both individualized and group counseling services to clients, all under the umbrella of readjustment counseling services.

Readjustment counseling is a wide range of psychosocial services offered to eligible Veterans and their families in the effort to assist the client to make a successful transition from military to civilian life, or in the case of a family member, to process the traumatic military experience in a positive way.

So, who needs Vet Centers anyway? My answer is, “We all do.” Broadly speaking, it benefits everyone to have healthy, productive members within society. More importantly, Vet Centers impact the lives of our nation’s most honored heroes in a uniquely successful and integrative way. Since the late 1970s, Vet Centers have been quietly reassuring combat Veterans that they are safe, welcome, honored and understood. Today, thousands and thousands of visits later, Vet Centers are poised to continue to lead the way at VA in providing quality, uniquely meaningful, community-based mental health services to each generation of combat-affected families for years to come. That’s why we need Vet Centers. Because they are changing lives for the better without undue acclaim or attention.

David Brimmer is an Army combat Veteran who served as a Cavalry Scout from 2003-2011. He holds a Bachelor’s Degree in Psychology and is pursuing a Master’s Degree in Rehabilitation Counseling. He has been working at the Trenton Vet Center since January 2015.