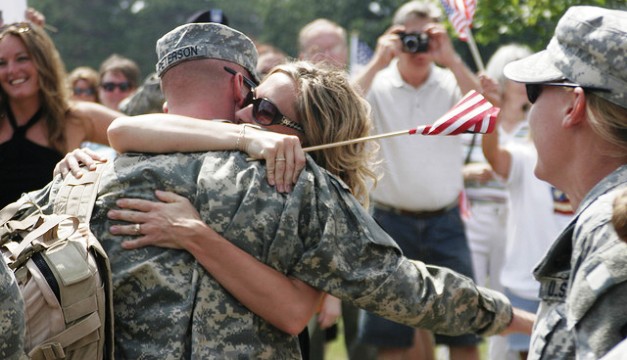 Our military has faced unprecedented challenges in the last decade. Though we have the most advanced and professional fighting force in history, two protracted wars fought solely by professional servicemembers over a decade have serious consequences– not just for those who do battle, but for the country as well. Our warfighters find themselves dealing with the effects of PTSD and TBI as a result of multiple deployments, only to come home, transition out of the military and face a grim job market. It’s a silent battle faced after war; waged by military members and their families and practically unknown and unrecognized by the other 99 percent of the population. A decade is too long for the American people to sit idly while their watchmen falter under extraordinary stress.

Today, the White House announced Joining Forces, a community-based effort to help lessen the burden on our military families. It will be a comprehensive effort led not just by individual volunteers, but also companies, schools and local communities. VA has identified several ways it can support the initiative through its Veteran and Military Families page which include:

These initiatives are just a start and they underscore the need for support of today’s military families from everyone: from large government agencies to the local Boy Scout chapters. The military has carried on its silent mission for a decade and hasn’t asked the American people for any help. But it’s time for the nation to step in to help shoulder the burden.