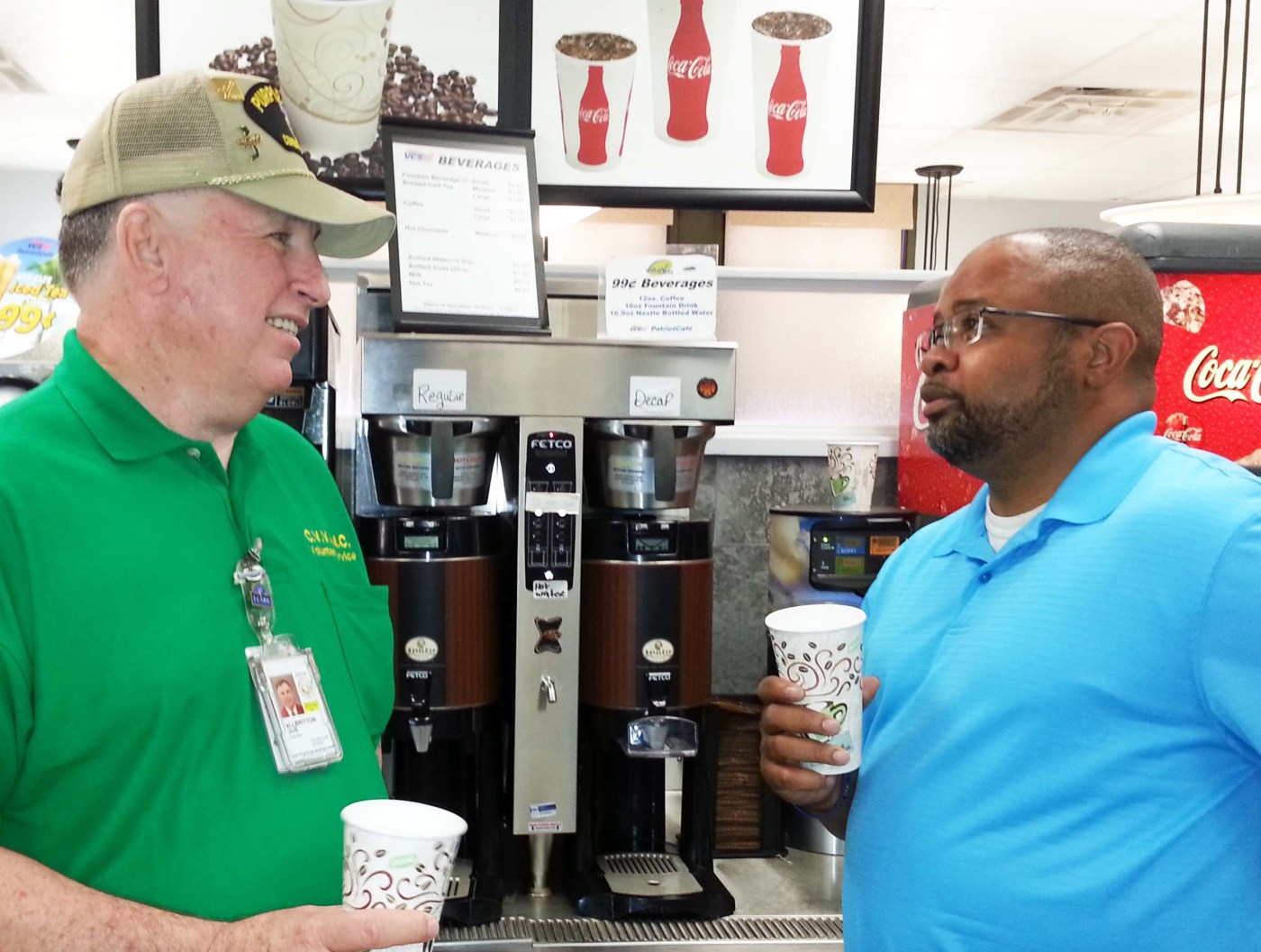 Gus Allbritton was not yet 19 when his life changed forever.

“I graduated from high school on Friday night and got my draft notice on Saturday,” said the 65-year-old. “I didn’t even know where Vietnam was, but the Army told me to go so I went. But I was scared to death the whole time.”

Not too scared, however, to earn three Purple Hearts, a Combat Infantry Badge, the Vietnam Cross of Gallantry and several other notable ribbons and medals.

Not a Good Day

“I got two purple hearts in one day!” Allbritton recalled. “It was May 3, 1970 —not a good day. I was driving a jeep loaded with M60s and we got hit in the grill with an RPG. It put shrapnel in my feet, legs and groin. I was on the ground for about 30 or 40 minutes before I finally managed to jump up and run for the nearest bunker. Another RPG hit just as I was diving into the bunker and put more shrapnel in me. A piece of metal went through my back and came out my chest.”

After two years of dodging bullets and RPGs in Vietnam, Allbritton was finally discharged. But like so many who experience war and survive to return home, his real battle was only just beginning.

“I went to college and got a bachelor’s degree from the University of Florida,” he said. “I got a job; I became a deputy sheriff. I wanted to get back to the business of living a normal life, but I was having some trouble doing it. A lot of times I couldn’t sleep, and I was having flashbacks. I found myself reliving things that I never wanted to think about again.”

Then one day, somewhat unexpectedly, the dam finally burst.

“I was sitting in my patrol car in Dade City one rainy night,” said the Army Veteran. “A newspaper truck came by and backfired. I rolled out of my car and fired off six shots down Main Street. All I could see was Viet Cong coming at me. That’s when I knew something was really wrong. I’m just glad it was 2 o’clock in the morning when I fired off all those shots.”

Allbritton decided it might be best if he got out of law enforcement and pursued another career path. Which he did. For a while he was a court bailiff, then later a bail bondsman. But his symptoms persisted. Despite his pain, it would be a number of years before he finally decided to walk into a VA hospital and ask for help.

“I moved from Florida to Georgia and decided to go to the VA hospital here in Dublin,” he said. “It was one of the smarter decisions I’ve ever made. If it wasn’t for the VA, I don’t think I’d be alive.”

Allbritton soon learned he was suffering from something called posttraumatic stress disorder, or PTSD.

“I had heard of shellshock, and sort of knew what it was,” he said. “But I hadn’t really understood what it could do to your life.”

After months of counseling and treatment, Allbritton began to feel a bit of hope. Perhaps, in time, he might actually get back to the business of living a normal life ––something he’d been trying to do for two decades.

“Dr. Martineau saved my life,” he said. “He’s the most compassionate doctor I ever had. He’s retired now, but I still call him often just to talk to him. His IQ is like a zip code. He’s a smart man. He taught me to look through the windshield of life and not so much through the rearview mirror. He taught me to focus on the future, not the past…

The Jungle and the Sandbox

“Sometimes I still look through the rearview mirror, though,” the Army Veteran admitted. “And when that happens here at work I just get in my truck and go home. PTSD never goes away.”

‘Work,’ for Allbritton, is showing up at the Dublin VA every day to do what he can to help other Veterans suffering from the trauma of war.

“We have a lot of these guys coming here now who served over in the desert, over in the ‘sandbox,’ as we call it,” he said. “Recently we had one guy here who had a catastrophic case of PTSD. His wife had already left him. I met him at the door and welcomed him. I wanted him to know he’s not in this by himself, that he’s not alone. I’m in my 60s and he’s in his 20s, but we can still relate to each other because we’re Veterans. He fought in the desert and I fought in the jungle, but war is war, and PTSD is PTSD. We’re brothers.”

“I want these guys to know the VA can help them if they just give it a chance.”

He added: “He sort of reminds me of me when I was that age.”

Allbritton said encounters like this are the reason he keeps volunteering at the VA. “I came back from Vietnam looking for one life and ended up finding another,” he said. “This is the path I was meant to take. This is what I was meant to do.”

And what about his friend, the young Veteran with the catastrophic case of PTSD?

“He’s clean now,” Allbritton reported proudly. “He doesn’t do drugs or alcohol anymore and he’s making good progress. He and his wife are even talking again. He’s an outpatient now, and when he comes here to the Dublin VA he knows where to find me. We’ll sit down, have some coffee and talk.

“I want these guys to know the VA can help them if they just give it a chance,” he continued. “The VA isn’t perfect; we’re human beings. But I tell them I got excellent care here, and they will too. They just have to stick with it.”

Allbritton understands that he, too, has to stick with it. He knows the ghosts of Vietnam will always be near, waiting for him to glance into the rearview mirror.

“PTSD is one of those things I know I’m not going to outlive,” he said.

To learn more about PTSD and how VA can help, visit www.ptsd.va.gov