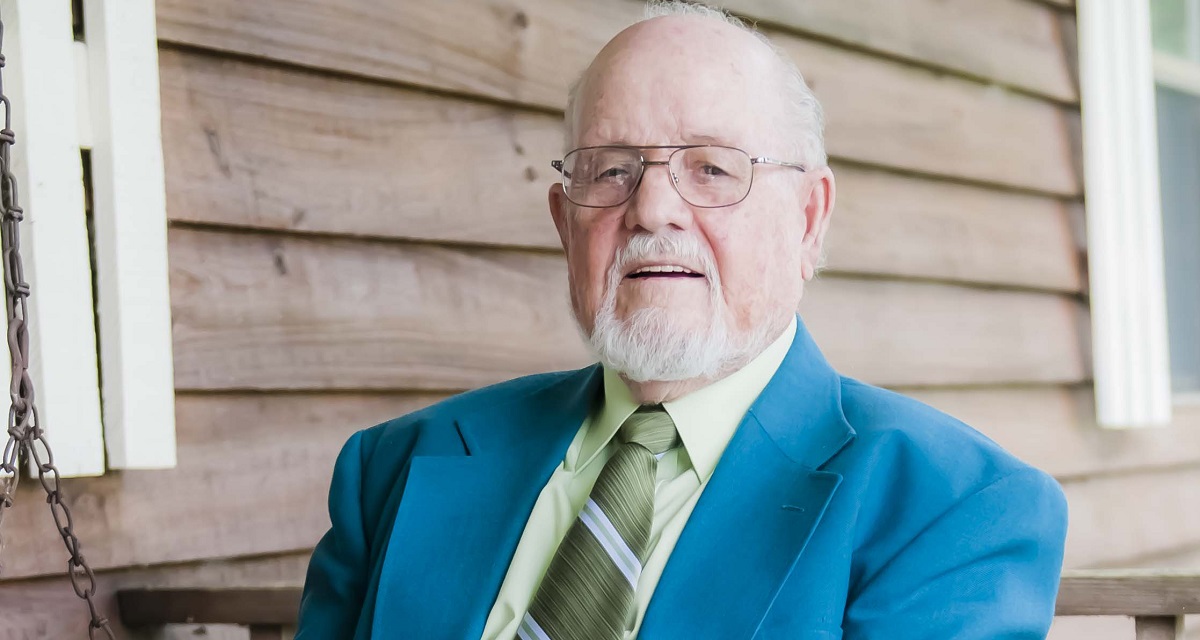 When William Edison Padgett of Laurens County was told by his boss at Carnell & Young Construction of Macon in July 1943 to take a load of stone to the U.S. Navy hospital under construction in Dublin, he had no idea that he was beginning an association that would last a lifetime.

As it turned out, the stone that Padgett delivered that day was the first of many loads of construction materials that would be delivered that would go into building the Dublin U.S. Navy Hospital that in 1948 would become the Dublin VA Hospital. At the time, Padgett had no idea that he would eventually get his own healthcare at the hospital.

Padgett, 91, heeded his nation’s call to service in 1943, joining the U.S. Army with the 2756th Combat Engineers and serving in the European theater during World War II. Shipping out on Christmas Eve from Great Britain, he crossed the English Channel, having C-rations for his Christmas dinner, and landed in France.

Retelling his military experiences recently, Padgett downplayed his combat service, a perspective typical of many members of “the Greatest Generation” who served their country during World War II. Evidently, bombs dropping around him as he stood guard duty and the horror of bodies of people and animals in the melting snow in the aftermath of the Battle of the Bulge were deemed just part of the job that had to be done.

“We didn’t dwell on what was happening, we just did what we had to do to survive and get our job done,” Padgett said.

Unfortunately, Padgett suffered frost bite and spent 30 days in a Paris hospital before eventually being discharged from the service and returning home.

Padgett says that he tried not to think too much about home while he was at war since he and many of his fellow soldiers just assumed that they would not be going home anyway. When he arrived back in the U.S., however, suddenly home was all that he could think about. He was doing well getting back until he arrived in Augusta and couldn’t figure out how to go further. Using the same ingenuity that kept him alive in Europe, he hit upon an idea.

“That was a lot of money in those days.”

When he got home, Padgett returned to the family farm in west Laurens County and got on with the business of living, putting his war experiences behind him. Things went well until Christmas Eve 1950. That night, Padgett was involved in a serious car accident that resulted in multiple injuries, including a ruptured kidney. The next thing he knew, he was back at the Dublin VA that he had helped to build.

“That was the first time that I went to the VA here in Dublin. I remember that they had to bring a doctor in from Macon. I came real close to dying that night, but they saved me. I’ve been getting my medical care there ever since,” Padgett said.

Padgett brags about the care that he gets at the Dublin VA but admits that it was not always good. He has seen a lot of growth and changes since the 1950s.

“You have to remember that I’ve been going there for almost 70 years, so I’ve watched it grow and become a place to be proud of. I get treated with respect and they listen to me. Everyone from my nurse, Ms. Angela Wright, to my doctors and everyone else, they make me feel important and they care about me and what I need,” Padgett said.

He admits that having helped to build his VA hospital gives him a special sense of attachment.

“I brought in the first stone. I delivered railroad tracks so that other materials could be brought in,” Padgett recalls.

“The whole time, I never had any idea that someday I would be using the hospital myself.”

About the Author: Dr. Frank G. Jordan Jr., FACHE is the Chief of Communications at the Carl Vinson VA Medical Center