One Veteran’s courageous journey to recovery 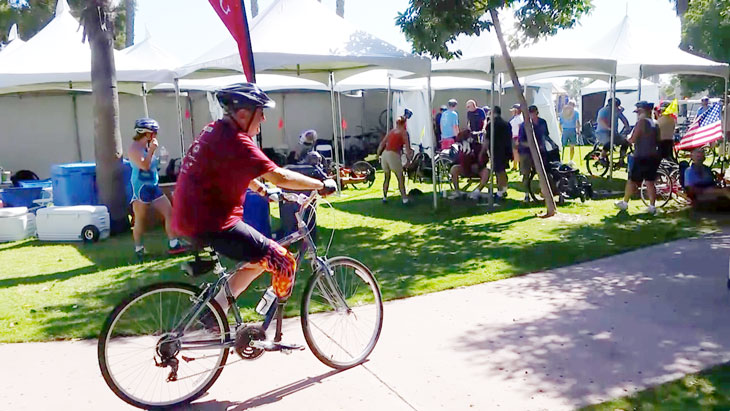 In May 2012, Army Veteran Larry Karlin’s life was forever changed when a vehicle struck him from behind, crushing him between two cars and, ultimately, taking his right leg. Karlin would spend months rehabilitating at the West Palm Beach VA Medical Center. Despite the severity of his accident, his motivation remained unwavering :“My goal was to get back on a bike,” said Karlin.

It was at the West Palm Beach VAMC where Karlin worked with VA prosthetist Hugh Panton. “I could tell he was a very driven man” said Panton. In his quest to help Karlin reach his goal of getting back on his bicycle, Panton was able to obtain a type of prosthetic featuring a bionic component only available at VA hospitals.

“The respect, and the courtesy, and the commitment that I’ve seen at the VA hospitals has been off the chart,” said Karlin.  His care team at the VAMC worked with him every day to restore the balance and strength he’d need to realize his goal.

Through his hard work, determination and with the help of VA, Karlin’s was able to return to the activities that he loved and his goal was fully realized as the Veteran took his first bicycle ride with his new prosthetic. ”And they work with you toward your goals.”

About the author: Ben Pekkannen is a public affairs specialist with VA’s Digital Media Engagement team.  This video was originally produced by the West Parlm Beach VA Medical Center.