Six reasons to take your VA career to Houston 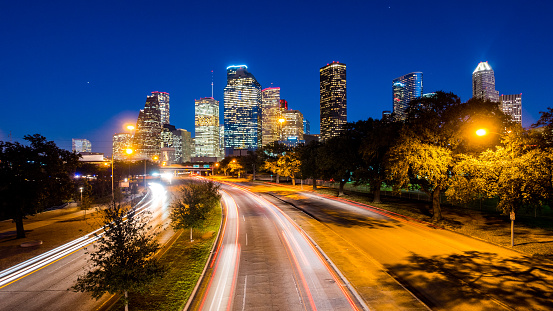 Houston is home to our amazing Michael E. DeBakey VA Medical Center (MEDVAMC). This center covers every aspect of our Veterans’ needs and serves over 130,000 Veterans in the Southeast Texas area. MEDVAMC isn’t just a great medical center, it is part of a vibrant and growing Houston community. Here are six reasons to call Houston home and join our team at MEDVAMC.

Houston recently passed New York as the most racially and culturally diverse city in the entire United States. With that diversity comes a unique metropolitan feel that you can’t find anywhere else. The food, local music, and events all bring something interesting to the table so there is no shortage of things to experience. From the Nation’s largest rodeo to the small arts festivals that take place throughout the year, there is something for everyone.

There is always something to do in Houston. The city features the second-largest concentration of theater seats in a downtown area in the entire country. There are also numerous concerts to attend, where some hometown heroes (like Beyoncé) like to make appearances now and then. The city’s museum district has 19 museums in a 1.5-mile radius, and there are plenty of art galleries to explore, giving you lots to do all year-round.

Houston has over 300 parks in the city alone that feature more than 50,000 acres of green space; giving Houston the most green and park space of any of the top 10 most populated cities in the Nation. These beautiful parks are spread throughout the city and feature their own unique landmarks.

The Houston economy is growing rapidly. It is the No. 1 city for job growth in the U.S., and is second only to New York City in number of Fortune 500 companies. The unemployment rate is well below the National average and, while the city is known for the energy industry, it has one of the biggest medical industries in the country. The proximity to the Texas Medical Center will give you plenty of opportunity for networking and career growth, as well as continual education through local conferences and lectures.

Houston has a professional team in every major sport except hockey. With legendary franchises like the Houston Astros (MLB), Houston Texans (NFL) and Houston Rockets (NBA), there is never a shortage of sporting events to attend. That’s without mentioning the professional soccer teams, women’s and men’s, and the numerous college sports in the area. Houston is a sports fan’s dream.

Learn more about opportunities in Houston and Join VA.