MLB athletes, umpires step up to the plate as VA volunteers 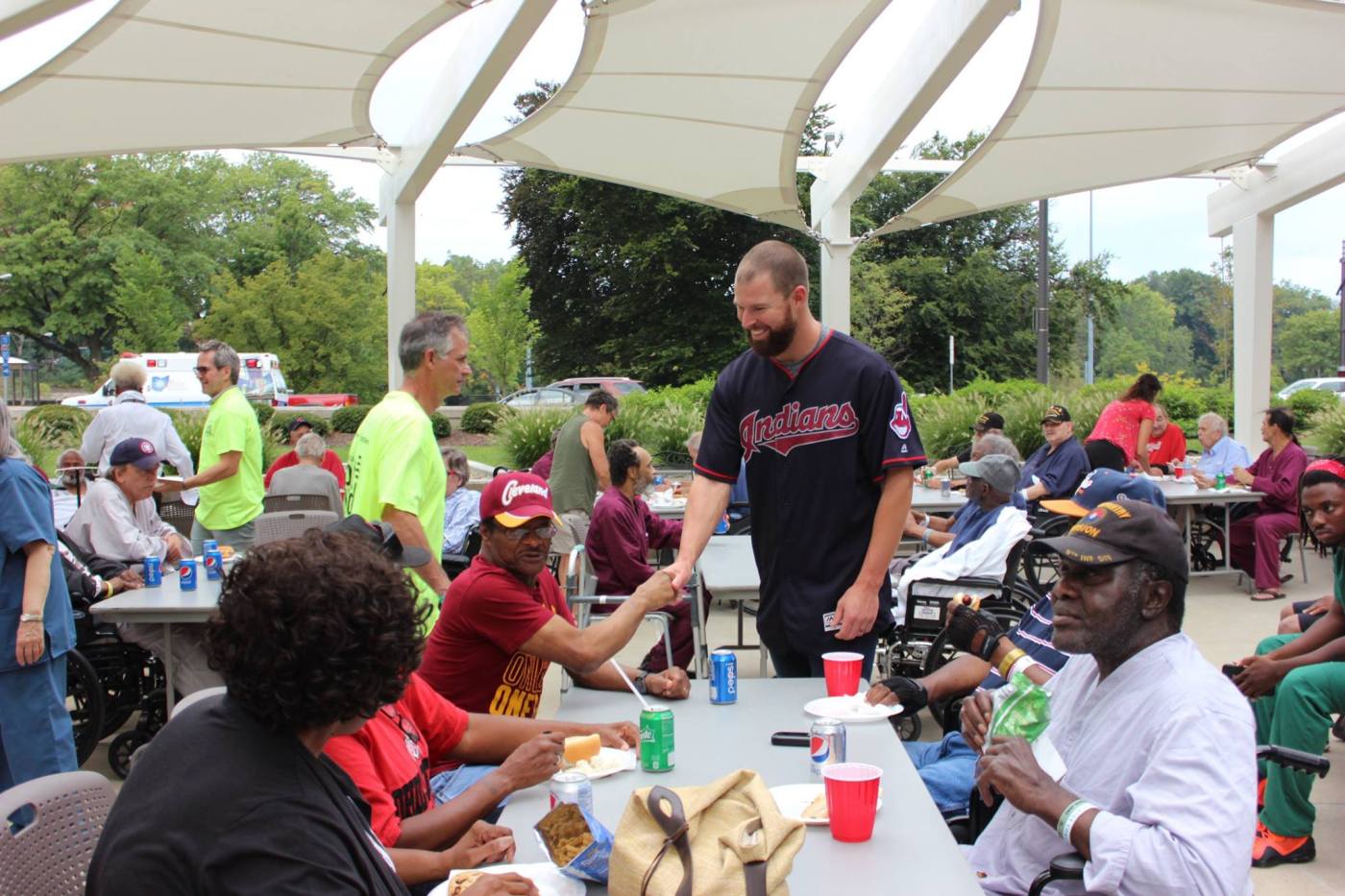 If you ever got into a “rhubarb,” or got caught looking “right down Broadway” or had “Baltimore Chop” clang off your “iron glove,” you probably already know the Cleveland Indians face the Chicago Cubs in Game 1 of the World Series tonight.

You wouldn’t be alone either, as baseball has long been America’s favorite pastime.

While not a diehard baseball fan myself, I enjoyed playing the game in my youth. I know what it’s like to stare down a pitcher while simultaneously praying he won’t throw the fastball. I have also felt the pain of that fastball and others like it as they smacked into my elbow, chest, legs, or side of the head … and yet, I learned to soldier on, mature, and control that fear, and experienced the thrill of knocking that fastball over some heads.

But when I think of baseball, one of my fondest memories is playing whiffle ball, outfitted in “full battle rattle,” from the Kevlar helmet on my head to the M16A2 rifle slung across my back, with 180 rounds of 5.56-mm ammo around my waist.  It was our way of spending what spare time we had to blow off some steam in the “friendly confines” of Camp Bedrock, Bosnia-Herzegovina.

While I’m pretty sure most Veterans didn’t get a chance to play whiffle ball in a hazardous duty zone, many of them have their own special connection to the sport, as well as some of the Major League talent playing in the “Big Show.”

For quite a few, this connection is no farther away than their local VA facility. For years, many Major League Baseball teams have supported their local facilities, visited hospitalized Veterans, provided free tickets to ballgames, and even held military or Veteran appreciation nights. Front office staff and umpires alike have spent their time volunteering at VA medical centers and other facilities —to serve Veterans, all the way from Atlanta to Seattle.

One example can be found on the pitcher’s mound tonight in Cleveland. Game 1 will get just a little more attention from Veterans and employees alike at the Louis Stokes Cleveland VA Medical Center. They have a longtime relationship with the Indians, and a special place in their hearts for 2014 Cy Young Award winner Corey “Klubot” Kluber, who has spent a great deal of time at their facility meeting and talking with Veterans.  Read more about it here — even if you are a Cubs fan.

It’s safe to say that Cleveland going to bat for the Indians, but who are you rooting for in tonight’s match up? Let us know in the comments section below.

Editor’s note:  If you’re interested in becoming a VA volunteer visit http://www.volunteer.va.gov/ or check with the Voluntary Service office at your local facility.