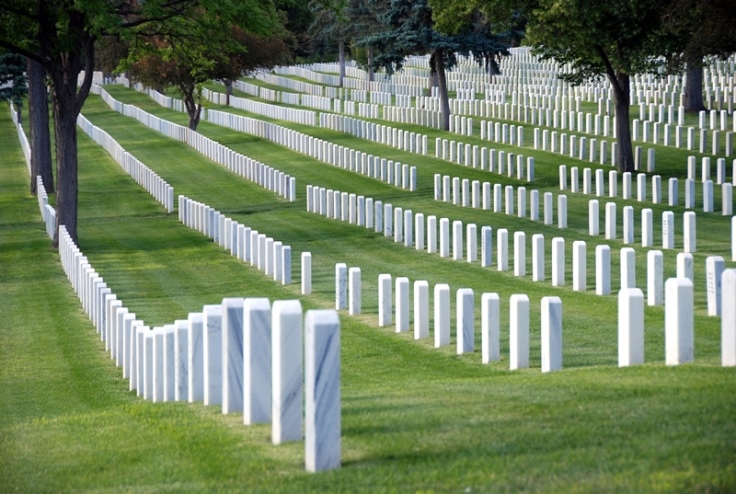 So far, I haven’t heard a coherent response from Veterans about the dishonorable management of Arlington National Cemetery that keeps coming to light. So, I’m offering one as a point of departure for Veterans to converse and perhaps speak with a single, strong voice to those with the power to improve things.

I was unaware of Arlington’s problems until they made the national news. Even then, I lamented and got only reasonably angry because it did not involve me personally. Then I read that fateful article about urns being accidentally unearthed and dumped with no hope of being restored to their rightful resting place.

You see, when I was on active duty in 1973, our son died stillborn. It was a great personal tragedy for both of us, particularly since she had to carry him to term to protect her health. We were stationed in St. Louis then and I was pursuing an Air Force career. So we decided to bury him in our home state of Georgia. The national cemetery in Marietta was closed at the time, so we chose Andersonville, not too far from my birthplace. To do this, I signed an agreement to eventually be buried there, too.

My first difficult decision was to stay by my wife’s side and not attend his graveside funeral. I wrote the service and my parent’s stood for us by his blue infant casket. She and I grieved heartbroken far away.

Then in 1987 the unspeakable, unexpected happened. She died at the peak of happiness, only 42. With our children, I carried her ashes on that long journey to south Georgia. I can’t say enough about the professionalism and care shown us by the folks at Andersonville over the years.

So, it came as quite a shock last month that I read it might be possible that when I am buried in a casket her ashes might be accidentally discarded and no one would ever know. If it happened at Arlington, could it happen elsewhere?

I became intensely interested in everything I could read about the problems at Arlington National Cemetery. What I have found is not reassuring.

There is no coherent, common management of national cemeteries in this country and I, for one, cannot let that stand.

There is room for significant improvement across the board. For starters, there is no common digital record system (paper record prevail), no common mapping system, no common photo data base, no standardized procedures for interment, maintenance, or military honors as far as I can tell, and no common application of precision GPS for repositioning of remains and headstones in the event of a natural disaster. The Georgia flood of 1995 did not adversely affect Andersonville National Cemetery but other local cemeteries were not so lucky. As a result the State of Georgia now requires remains (not containers) to be uniquely identified in a public registry. There is no national requirement that I know of.

One place to start is the Commonwealth War Graves Commission. Bless our brethren, but we can improve on their success. We can also learn from the 24 American cemeteries on foreign soil, particularly (I’m told) the impeccable maintenance at Normandy.

A thorough national review needs to be done, resulting in a comprehensive strategic implementation that will assure Veterans and their survivors a modicum of peace. It goes without saying that our honored dead deserve no less. And it falls to us Veterans to lead the way.

Jay Harden is an active duty Air Force and Missouri Air National Guard Veteran. He was a Navigator on a B-52 with the 99th Bomb Wing (SAC), with 63 combat missions. He worked at the National Imagery and Mapping Agency as a physical scientist.