VA’s HIV care: Reflecting on progress, remaining challenges for the largest single provider of care in the U.S. 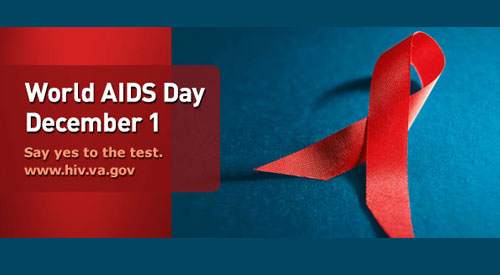 As we recognize 35 years since the first report of AIDS in the United States, it is worthwhile to reflect on how much has been accomplished—and how much more needs to be done—with regard to the worldwide epidemic of infection due to the human immunodeficiency virus (HIV).

In 1981, we diagnosed our first patient with AIDS at the San Diego VA Medical Center. At that time, AIDS was a death sentence and our patient care primarily  involved delaying death and minimizing suffering.

With the remarkable development of drugs to treat HIV infection, nowadays most all of our patients with HIV infection are controlling their infection and can expect decades of disease-free survival.  It is noteworthy that VA is the largest single provider of care for HIV infection in the United States. In calendar year 2015, VA served nearly 28,000 Veterans receiving care for HIV disease.

As a physician and researcher in the VA system for more than 40 years, I have had a gratifying career.  I have seen the transformation of outcomes for Veterans with this chronic viral infection. I have also conducted research in the San Diego VA that helped with the development of many of the newer HIV drugs, that discovered HIV drug resistance, and that documented that the excellent new treatments for HIV could fully suppress the infection, but not cure it.

Our discovery of HIV drug resistance has resulted in the recommendation of drug-resistance tests to manage every HIV patient worldwide, including all the Veterans under our care. The successes achieved in resource-rich countries for treating HIV infection have now been extended to low- and middle-income countries, where most of the 37 million people living with HIV infection reside, but where fewer than half of these people have access to treatment.  Of note, over 39 million people worldwide have already died of AIDS.

Thus despite some remarkable successes, it is clear that in addition to figuring out how to provide treatment to those without access, we still have much more to do. Two million new infections are still occurring every year globally, with 45,000 of these occurring in the United States, including among Veterans.

So we cannot bask in our accomplishments.  We need to expand and implement more and better treatment and prevention efforts. In addition, research needs to be supported to develop a vaccine for HIV. This would be the most effective tool for prevention, although it remains a very challenging scientific goal.

A second challenging scientific goal is to develop a strategy to cure HIV infection that would permit long-term survival without the need for drug treatment. Research efforts at the San Diego VA are targeting this goal. However, it will be a difficult, long-term effort.

VA has played and continues to play a major role in the care of our Veterans with HIV infection, and VA research has made major contributions to transform these infections to manageable diseases globally. Nevertheless, much more needs to be done in the areas of treatment and prevention, and opportunities to make major research contributions still need to be supported.

About the author: Dr. Douglas D. Richman, a pioneer in HIV research, is a physician-researcher at the VA San Diego Health Care System and director of the Center for AIDS Research at the University of California, San Diego. He received the William S. Middleton Award—VA highest award for biomedical investigators—in 2002 for his discoveries relating to HIV drug resistance.