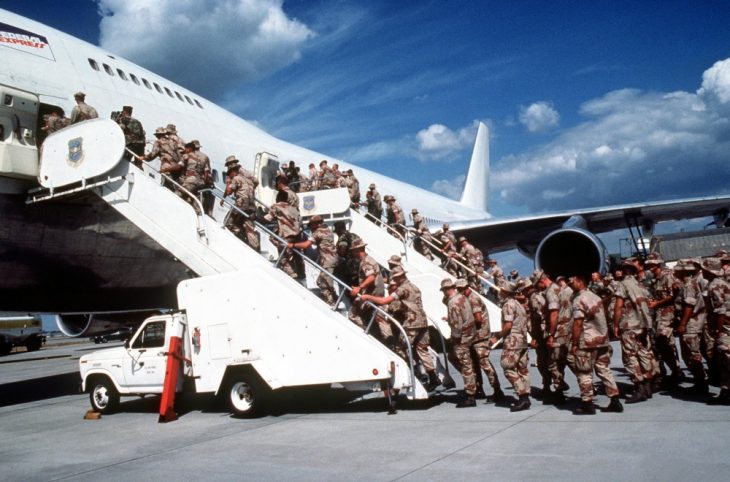 National Gulf War Resource Center: We have suggested that VA establish VA Centers of Excellence clinics or other clinics in each state or Veterans Integrated Service Network (VISN) with the purpose to diagnose and treat complex illnesses caused by toxic exposures on today’s modern battlefield. Is VA considering this, and if so, what is the current status of these clinics?

Secretary McDonald: VA is considering opening such centers (funding permitting), and is thinking about the best framework. One possibility is that a system of clinics or “Centers of Excellence” could collaborate with the War Related Illness and Injury Study Centers (WRIISC) that are located in Washington, D.C.; Palo Alto, California; and East Orange, New Jersey. These WRIISC sites already function as referral centers and conduct important research, clinical care, and education activities related to Gulf War Illness. The WRIISCs are prepared to coordinate with the centers’ various aspects of clinical assessment protocols, collect and analyze patient information, provide education including care and management concepts, and help centralize clinical research efforts.

Also, medical specialists within VA often are unwilling to commit to a diagnosis after other illnesses are ruled out. They use wording such as “likely irritable bowel syndrome” or “likely fibromyalgia.” The Veterans Benefits Administration (VBA) adjudicators deny benefits claims for a lack of diagnoses.

In addition, sometimes a primary care provider will diagnose the Veteran. The VBA Board of Veterans Appeals (a separate entity not part of VBA) has ruled that diagnoses by primary care providers often do not prove as evidence as the provider wasn’t qualified to make the diagnosis. What can the Veterans Health Administration (VHA) do to address these issues with its providers and diagnoses?

Secretary McDonald: Thank you for raising these concerns. One important way VA is working on these issues is through the WRIISC and training both primary care providers and specialists.  In particular, WRIISC clinicians are experts in chronic multi-symptom illness (CMI) and Gulf War illness (GWI). They continue to present a number of webinars and materials to educate providers on these concerns. WRIISC clinicians will make sure the concerns regarding primary care providers hesitation in referring Veterans to specialists are addressed in these trainings, and the training under development on Gulf War illness emphasizes use of existing VA/Department of Defense clinical practice guidelines for diagnosis and treatments, and appropriate referral. The expansion of dedicated clinics specializing in deployment-related issues, including CMI and GWI might also be helpful. Finally, increasing distance-based comprehensive e-consultation with treatment recommendations from WRIISCs to the primary care providers will support the home care team and is the best first step towards Gulf War Veterans getting the care required from their local VA medical centers.  Having both primary care and specialists better trained and supported by recognized experts should help improve concerns raised about benefits or that specialists (or primary care providers for that matter in particular) might feel uncomfortable seeing Gulf War Veterans.

NGWRC: Can you tell NGWRC what VA is doing to obtain more funding for Gulf War illness research?

The National Gulf War Resource Center provides education and support for Veterans, active duty personnel, and their families. Learn more about this organization at http://www.ngwrc.org/.