Home / Health, Top Stories / My life, my story: Honoring the voices and experiences of Veterans

My life, my story: Honoring the voices and experiences of Veterans 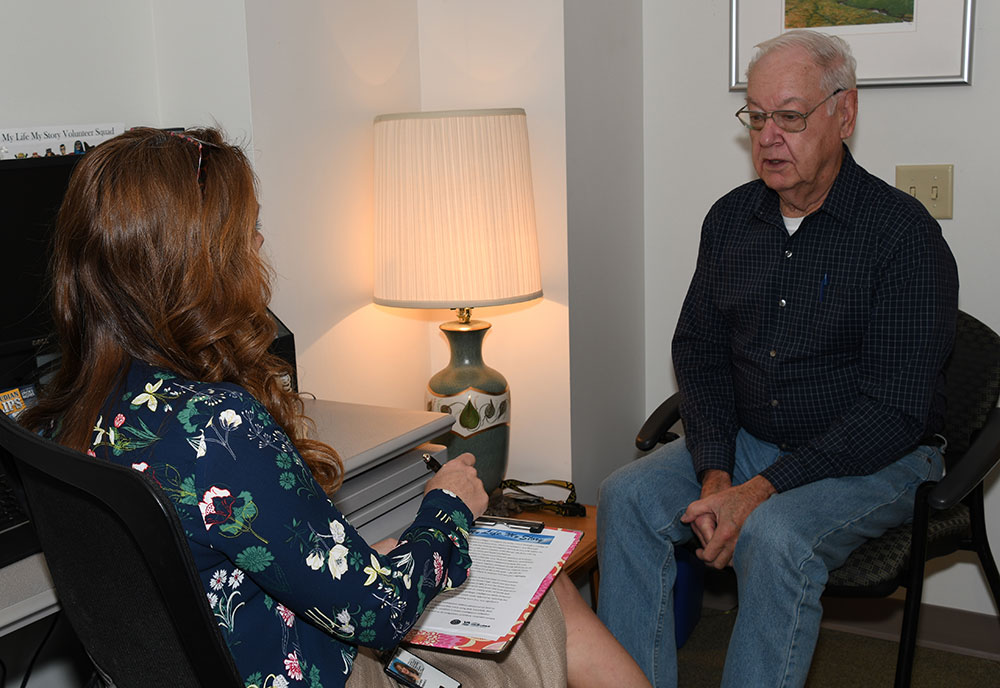 The “My Life, My Story” project lets Veterans share what they would like their VA care team to know about them as a person. After a story has been approved by the Veteran, it is added to their VA medical record. Here is Veteran Richard Brye’s story.

“Somebody boil some water!”

Following college, I enlisted in the Army and was selected for a top-secret mission in a new unit within the Defense Department.

“I was presented with the Chief’s crossbow and arrows which I still have.”

I was assigned to an operation in Vietnam where I developed a cover as an agricultural advisor. I was able to establish a covert intelligence collection operation working with an indigenous, primitive, mountain people called Montagnards who also provided security at my compound.

In December of 1966 a dental technician was sent to treat some of our personnel. A few days before Christmas, when the technician was to leave, monsoon rains developed and prevented him from returning to his ship. On Christmas Eve, we were getting ready to shut down operations. I had already prepared some vodka gimlets and put those in the fridge, when my interpreter informed me that a clan of Montagnards were heading toward our compound bearing a litter with a girl who was attempting to deliver a baby in the breach position.

When the chief of the clan said he needed my help my first thought went back to my younger days when I used to watch cowboy movies. Whenever a woman was about to give birth they always said, “Somebody boil some water.” That was really the first thing I thought. I was stuck. Then I remembered the dental technician. We frantically got on our shortwave radio to contact his ship. We were told we would have to perform a cesarean section but the only equipment we had were several scalpels and a little bit of Novocain.

We agreed to attempt an episiotomy. Our generator didn’t have an extension that would allow us to use it in the annex where the girl was so we had to use flashlights. While the technician was performing the procedure I had to run back-and-forth, between the annex and the radio, relaying information. Eventually she delivered a little boy. For antiseptic I used the contents of a half a bottle of vodka.

A ceremony to thank me

A month later the entire Montagnard clan was heading up towards the compound. The men were dressed in full military regalia. They wanted to perform a ceremony to thank me for assisting with the birth of one of their clan’s people. More specifically, the chief wanted to make me a blood brother by slitting both his wrist and mine and co-mingling our blood. There was no way I wanted that to happen because my first thought was of contracting any of the diseases they may have – the hepatitis alphabet came to mind.

I asked if he would consider an alternate ceremony whereby we would place several drops of our blood into the soil of the compound’s garden.  Luckily he agreed and removed his ceremonial sword, slitting his wrist and mine. He then removed an arrow from his crossbow’s quiver and stirred our blood together in the soil. I said to him, “This way, my blood and your blood will forever remain in the soil of your homeland.”

As a token of their appreciation, I was presented with the chief’s crossbow and arrows, which I still have to this day.

We were essentially sent to South Vietnam to eliminate an enemy.  I never once thought I would be sent there to assist in helping to deliver a baby. That certainly was an unexpected consequence of war.

About the author. Rebekah E. Rickner is a writer-editor with VHA in Madison, Wisconsin. The primary goal of “My Life, My Story” is to honor the voices and experiences of our Veterans by sharing their stories with their VA care team and families.