Home / Health / A journey to Vietnam, and reconciliation

A journey to Vietnam, and reconciliation 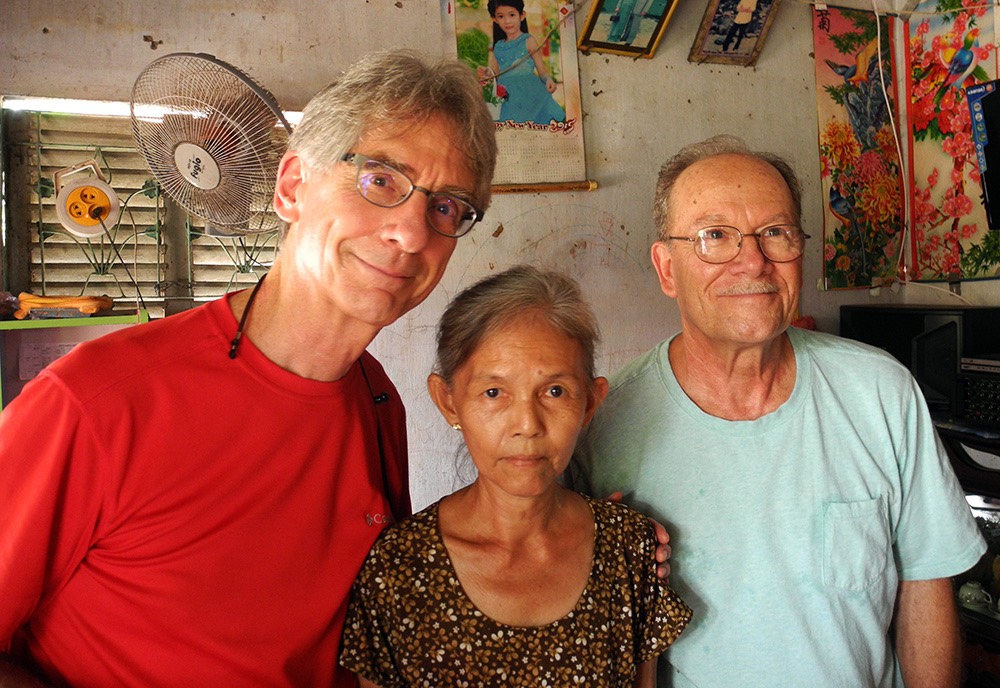 What happens to soldiers’ hearts when they return home from the battlefield? Recent research suggests that Veterans, especially Vietnam Veterans with posttraumatic stress disorder (PTSD), are at a higher risk for heart disease. Veterans who have experienced the atrocities of war also are at great risk of being morally wounded.

While PTSD and moral injury are often connected, they arise from very different sources and have different symptoms. During deployment, Veterans can be placed in military situations that severely compromise and violate their moral code of values. Soldiers must kill to survive and often innocent civilian are harmed during conflict battles.

Unfortunately, treatment for soul repair from moral injury is not always available due to limited services, lack of information about the problem, lack of clinician understanding and indecision about the best treatment. Reconciliation around moral injury issues can be healing when the Veteran can safely explore deep emotions with a supporting community.

“You are either numb or embrace your entire emotional experience. You can’t unfreeze half an ice cube.”

This month a group of Veterans, VA providers, and academics met in Vietnam for a spiritual pilgrimage to process recovering from the Vietnam War. The team traveled from the United States with the non-profit organization Soldier’s Heart (http://www.soldiersheart.net).

The tour guide, Song, was a South Vietnamese soldier who was imprisoned for 2½ years and who was the bridge to translate the war experience between the Americans and the Vietnamese. Their reasons for voluntarily committing 16 days of travel varied, but all members wanted to support each other in achieving a sense of peace, forgiveness, and acceptance.

The Veterans came to revisit the country that was destroyed by their actions and to make amends with local Vietnamese for long due atonement. Those who were witnesses to the reconciliation journey of the Veterans hoped to offer consistent emotional support, new friendship, humor, enjoyment, honesty, and comradery. Both Veterans and civilians explored how to share and carry the burden of the impact of war.

The joint pilgrimage allowed the Veteran to share the moral burden with civilians who had a symbolic part in sending soldiers to war and were impacted by the war at home. All members of the therapeutic community could work through their grief about the war, but the primary goal of the community was to share the pain and burden of loss and grief due to the Veteran’s wounded soul. By using this model, no one person would be crushed with the suffering.

Veterans who returned to Vietnam had been stationed in the Mekong Delta, had served in the Saigon region, had operated their base camp above the Cu Chi tunnels, and had wandered through the A Shau Valley during the period when the battle of Hamburger Hill was fought. Feelings of anger, guilt, shame, and grief had long been carried by these Veterans. Upon returning to Vietnam, all Veterans required great courage and resilience to prevent from being drowned by the return flood of painful emotions.

The Veterans were committed and willing to be vulnerable and to embrace the entire reconciliation process, despite the emotional pain it involved. The witnesses were committed to being fully present to the process of healing and dealing with unexpected circumstances that may not occur in a typical therapy room or session. As Dave, the VA psychologist said about the emotional process, “You can’t unfreeze half an ice cube.”

Some Veterans such as Bob, who toured in the Mekong Delta and Saigon in the infantry, had already weathered tough roads towards inner peace. He acted as a leader to assist other Veterans to see the truth about working with anger, hate, and resentment when he counseled with such statements as “Rage and violability comes from me not being able to handle my emotions.” He was integral to the process when he shared his wisdom by summarizing “Acceptance is the answer to all my problems” and “Until you look at it differently, the feeling ain’t gonna change.”

Steve, an army medic who was also a conscientious objector, was disillusioned about the purpose of the war and the ultimate destruction that occurred over a decade and struggled with guilt and shame. He served in the battalion that fought in the battle of Fire Support Base Ripcord and his area of operations was close to the Battle of Hamburger Hill in the A Shau Valley. For his reconciliation time, he chose to reflect on American and Vietnamese lives lost and especially on his comrades who were not spared in battle.

After reading a poem he wrote, he lit incense to honor the fallen soldiers as a blessed ritual. Kay, a VA licensed clinical social worker immediately supported his pain by offering a hand-sized rock from the A Shau Valley as a symbol for working with guilt and shame differently.

Steve, who served in Vietnam as an Army medic, and a rock taken from Hamburger Hill

He chose to allow the rock to be carried each day by a team member as he continued to work on his healing process throughout the trip. This embodiment and metaphor of the burden of his pain was symbolic and healing for Steve, other Veterans, and the supporting community at large.

Steve was able to receive this community gift at his AO, which had been transformed into a sacred space. As Steve softly cried, Kay reminded him to remember he was a courageous, caring soldier with good moral values and that he still walked with those same, consistent values. She chanted for all souls to hear “Don’t lose that. Don’t lose that piece of you, despite all you lost.” Susan, a VA nurse practitioner realized after witnessing the ritual and community support that “Tears of sorrow can form tears of laughter and joy when transformed with healing.”

Later in the day, Steve mentioned he planned to learn the art of sculpting in order to work with the pain of guilt and shame using his hands to transform it. This example illustrated the ability of a Veteran to reset a past experience into a new framework within a community that willingly offered acceptance and forgiveness. It also demonstrated that being “stuck” with trying to process moral injury can be used to learn to do something differently.

The reconciliation work done by the Veterans in Vietnam mirrors the clinical therapy offered in some VA clinics called “Acceptance and Commitment Therapy (ACT).” As Steve mentioned to the group, “You can’t hate someone else without hurting yourself.”

Deep emotional wounds such as hate can be painful to process but using a model such as ACT can assist with being able to sit with unpleasant feelings, and looking at truthful responses. This process ultimately allows the Veteran to choose to live a life of value that matters to the individual, despite the experiences or emotions existing around them. Practicing acceptance and forgiveness in a supportive community can assist the Veteran to learn how to sustain this behavior throughout a lifetime and create a different way to live with the trauma experiences.

In addition to forgiveness, other Veterans such as Bob found healing because he “was putting away my survivor’s guilt and processing my grief. I was seeing things from a human side on both sides of the war.”
As the literature suggests, Veterans with moral injury also struggle with feelings of guilt and shame. The reconciliation trip to Vietnam Veterans from the Vietnam War, Veterans from other military war zones, and VA service providers from many parts of the country was proof that connecting with empathy, building relationships, listening to personal narratives, and working with an open heart are key treatment ingredients to the reconciliation process.

A Vietnamese civilian mentioned at a conference in Saigon, “Karma brought us together in the war but karma can join us together for healing and peace.” The reconciliation and healing process is about being willing to look at a perspective and move to an internal place of acceptance. This internal shift is often followed by willingness to experience and release emotions and ultimately may bring a different kind of peace. This healing process can happen where the moral injury occurred or in a clinic setting. The Veteran and committed witnesses need to form a supportive community for the process to lead to miraculous change.

A Vietnam prisoner of war remarked “You have got to learn to have a good heart.” Hearts can be under attack, physically or emotionally during war but heart healing along with the soul requires a village of peaceful, loving individuals.

About the authors: Susan Quaglietti RNP is a medical professional at the Palo Alto VAMC, Kay Montgomery LCSW is a Social Worker at the Salem VAMC , and David Klein PsyD is a Psychologist at the St. Louis VAMC.