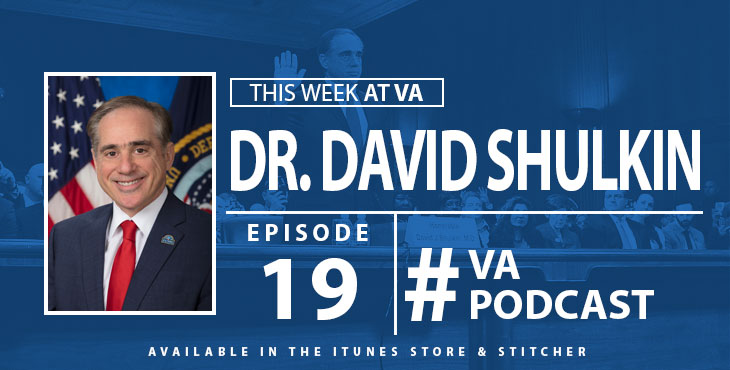 I hope everyone had a pleasant President’s Day weekend. This week’s podcast is an exciting one as it features our new Secretary, Dr. David Shulkin. This is the first interview Secretary Shulkin conducted after swearing in as Secretary of Veterans Affairs.

The Honorable David J. Shulkin was nominated by President Trump to serve as the ninth Secretary of Veterans Affairs (VA) and was confirmed by the United States Senate on February 13, 2017.
Prior to his confirmation as Secretary, Dr. Shulkin served as VA’s Under Secretary for Health for 18 months, leading the Nation’s largest integrated health care system, with over 1,700 sites of care serving nearly nine million Veterans.

CLICK HERE FOR THE FULL TRANSCRIPT OF THIS EPISODE