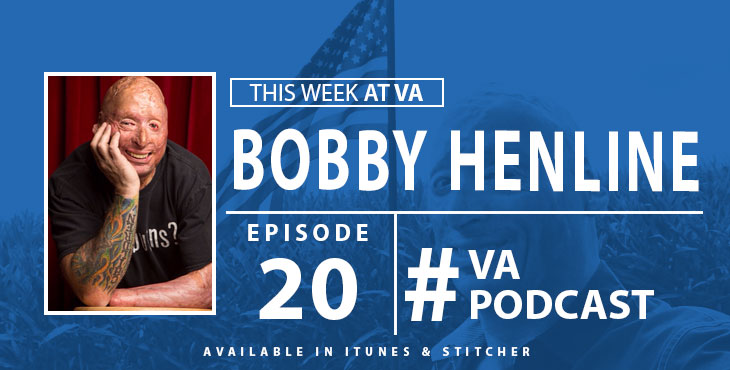 We’re back with another great episode of This Week at VA. This week’s featured guest is Army Veteran Bobby Henline.

As a 4-tour Iraqi War Veteran, Retired Staff Sergeant, Wounded Warrior, Comedian, and Bravo748 Motivational Presenter, Bobby Henline’s story and lived experiences have been featured in numerous media, including the documentaries “Comedy Warriors: Healing Through Humor”, “Healing Bobby”, and “Weight of Honor”; on CNN, PBS KET, NPR, Today.com, and Time.com; Time Magazine, People Magazine, The Huffington Post, Guideposts, and The Nipawin Journal; as well as television, radio, and podcasts around the world.

During his initial six-month hospital stay, Bobby remained upbeat, positive, and relied on humor to get him through each day. Putting nurses in headlocks, trying to keep other wounded soldiers’ spirits up by telling them jokes, and singing a ditty over and over garnered the attention of his occupational therapist. She challenged him to go to an open mic night and try his hand at comedy.