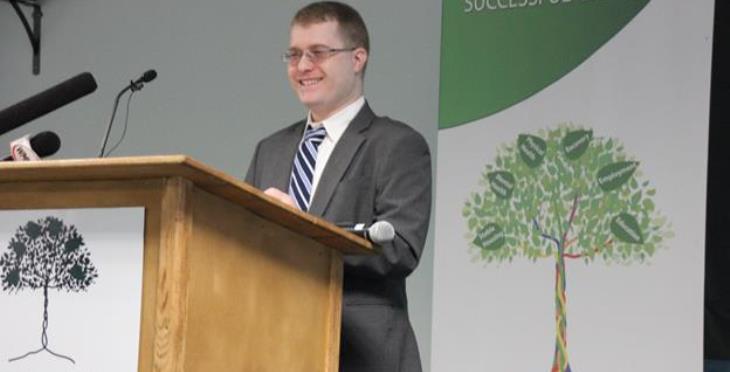 The City of Nashua joins more than 40 communities and three states – Connecticut, Delaware, and Virginia – that have effectively ended Veteran homelessness. Communities that have reached this goal have identified each homeless Veteran by name and have processes in place to secure permanent housing.

Since VA launched its initiative to prevent and end Veteran homelessness in 2010, more than 480,000 Veterans and their family members have been permanently housed, rapidly re-housed, or prevented from becoming homeless. In Greater Nashua alone – which includes Nashua, and nine nearby communities– nearly 900 formerly homeless Veterans have obtained permanent housing since October 2012.

Achieving an end to homelessness was a hard-fought victory for Nashua. The staff at Manchester VA Medical Center has worked tirelessly alongside its community partners to support homeless Veterans in the areas of housing, employment, transportation assistance and more.

VAMCs serve as hubs for much more than just Veteran health care services. Manchester VAMC staff collaborates closely with state governments, local governments, nonprofits, corporate partners and community members to support Veterans with a range of non-traditional wellness such as employment, housing and other socioeconomic services. Through these resources, a continuum of care is established that provides a holistic support system to Veterans and their families, including those who find themselves experiencing homelessness.

A notable collaboration is with Partnership for Successful Living at Harbor Homes. This partnership offers dedicated clinical space to for a Manchester VAMC nurse practitioner to provide medical exams and check-ups. In addition, there is a registered nurse, social worker and peer support who offer additional wrap-around services as needed.

And instead of merely referring Veterans to outside programs, the Manchester VAMC team goes a step further, introducing Veterans to service providers at the new or ancillary facilities, an approach known as a warm handoff. In doing so, VA staff aims to enhance a Veteran’s continuity of care by increasing collaboration between their multiple health care providers.

Thanks to efforts like this at VAMCs across the country, Veteran homelessness in the United States has been cut nearly in half between 2010 and 2016. And although VA has led the charge, these results were not achieved alone. The initiative has been so successful because communities have opened their arms and their hearts to Veterans in their area who need help – just as they did in Nashua, NH.

Even as we take a moment to celebrate Nashua’s achievement, it will take sustained, coordinated efforts to ensure that any Veteran’s experience with homelessness in the future is rare, brief, and nonrecurring. To learn how you can support your local VA’s efforts, visit www.va.gov/homeless.

Emily Reisine is a licensed clinical social worker and homeless coordinator at the Manchester VAMC. She has been working with homeless Veterans since 2006, after graduating from Boston College with a masters in social work. Kristin Pressly is the Manchester VA Medical Center’s public affairs officer. In addition to being a longtime communicator , she is an Adaptive Volunteer Ski Instructor for New England Healing Sports Association, which was founded by Vietnam Veterans, offers adaptive and able-bodied ski instruction for our nation’s heroes.