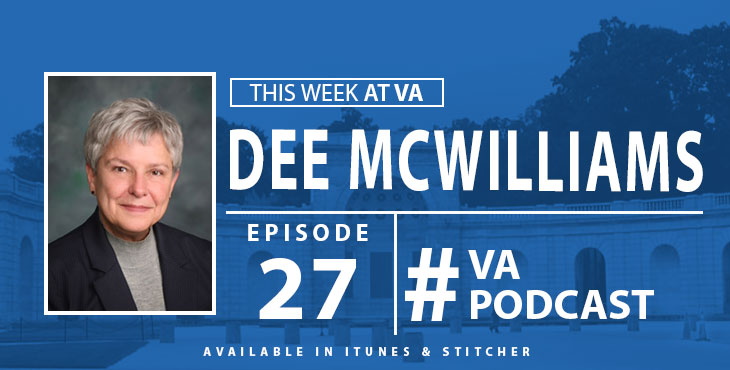 The Women In Military Service For America Memorial (WIMSA), is the only major national memorial honoring all women who have defended America throughout history. It sits at the end of the road as you approach the gates of Arlington Nation Cemetery near Washington D.C. Today’s podcast features Army Veteran Dee McWilliams, the current president of WIMSA. Dee talks to us about her 29 years in the Army, retirement, serving as WIMSA president and the significance of the women’s memorial.

MG Dee Ann McWilliams retired from the Army in 2003, later joining the Office of the Director of National Intelligence where she served until 2010 as Director of the Lessons Learned Center.

IIn 2007, MG McWilliams joined the board of directors for the Women In Military Service for America Memorial Foundation, assuming the position of Vice Chair in 2014. She formerly served as President of the Army Women’s Foundation, a Director on the Army Historical Foundation Board, and on the Lon Morris College Board of Trustees.

She was the 2013 recipient of the American Veterans Center Lillian K. Keil Award for outstanding contribution to women’s service in the United States military and was named a Trailblazer by Women Veterans Interactive.