A Veteran’s son: Thank you VA for being kind, compassionate, professional. 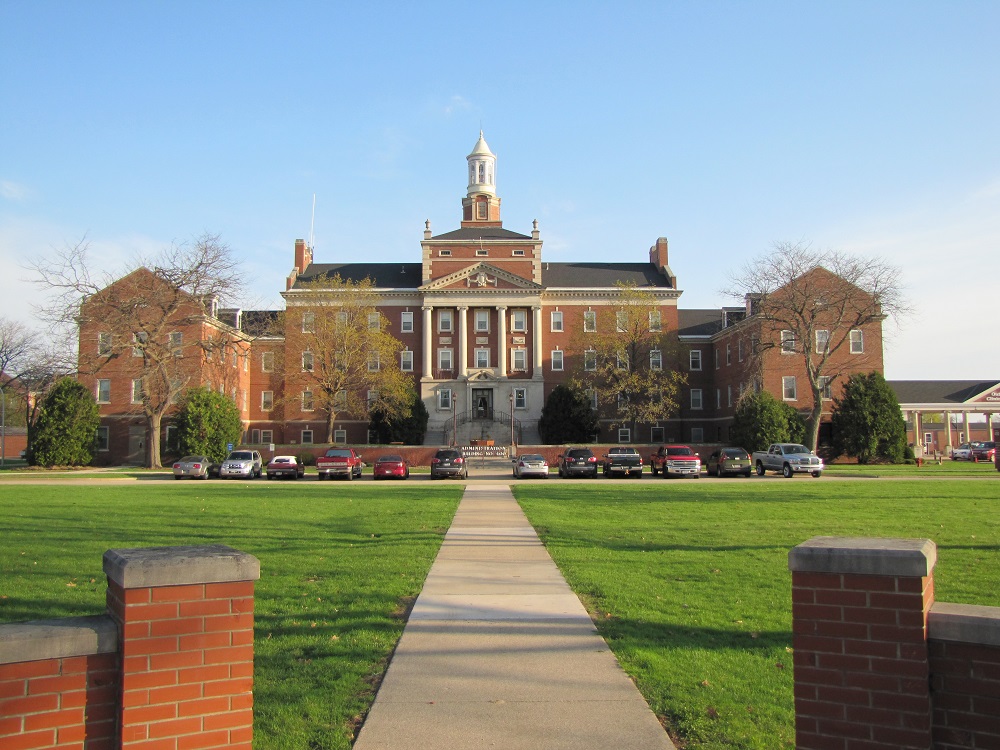 Please bear with me a moment while I tell you a story…a story about one Veteran who was unbelievably well served by the VA in his dying days.

It is a story of how one family from a small town in Wisconsin came in contact with a much-maligned government agency only to find out that all of the recent press and bad news about this group of people is not what it has been reported to be.

I grew up in a quintessential small Midwestern town. What distinguishes it from most is the presence of a VA Hospital that serves Veterans from the southwestern region of the Badger state. My only experiences with the facility were playing exhibition basketball games for the patients there in my youth and playing the occasional round of golf on the course that surrounds its grounds while in high school.

As I currently live in North Carolina, and only seldom return home to visit my aging father and family, the VA Hospital was not something that was a part of my consciousness regarding life in Tomah. That changed earlier this year as I heard about the struggles and complaints about Veteran’s services out of this facility on the national news. It both surprised and saddened me to hear the negative press about a place associated with my youth. Little did I know that in a short while my family would come in intimate contact with the VA Hospital administration and the staff that work at this hometown facility.

The end of January, my almost-90-year-old father took ill with pneumonia and was hospitalized locally. Over a period of about 10 days, his condition worsened and as family gathered it was apparent that we were going to need either assisted living or hospice care for him in the coming days. As his condition worsened, my brother and I had a conversation wondering whether or not there might be some form of assistance for our father through VA.

He was a Veteran of WWII having served in the Navy during the closing days of the war on Guam as a Seabee. Additionally, he had been in the naval reserves through the mid-1950s as a result of the Korean War conflict.

This seemed like a longshot as my father had never registered for benefits through VA, nor sought any type of assistance in all of his years since being discharged. We decided to visit VA the next day to talk to someone about any type of assistance that might be available. This turned out to be the most unbelievably positive decision that we could have made during this difficult time.

I hope that you are still with me here…because this is where the real story begins.

Workers deeply believe in their mission

Understanding that this was a longshot in our minds, we went to the Tomah VA Medical Center not knowing who to see or what to expect. We walked out of this facility two hours later knowing that there was a place and people who honestly and unconditionally would care and respect our father’s last days in a way that children could only hope that a dying parent would be honored. As we walked into the waiting area, the volume of traffic was staggering to me. People coming and going constantly; volunteers coming in to assist Veterans checking for daily assignments; staff at the information desk calmly, and more important, pleasantly fielding any and every request for their time and assistance. The place was running full throttle and in a manner that showed Veterans that they were important and that they would be cared for.

After just a brief wait, the woman greeting people at the information space heard our story and was very empathetic, and indicated that we needed to get my father into the system. His discharge papers were required, and while this process would normally could take up to 30 days, she was going to see this got taken care of in a priority manner and asked if we had time to wait to speak to a social worker. She shepherded us through the registering of my father, got a social worker to break free and counsel us.  And that social worker helped guide us into the process of placing my father into the hospice care program at the VA Hospital.

At every point of the way, as we waited or were speaking to someone, it was apparent that these workers deeply believed in their mission to honor and serve those that served our country. It showed in both their words and deeds that we experienced and as we watched them interacting with others while we were waiting for our conversations.

Within 30 hours of our first contact with VA, our father was being transferred from the local hospital to the VA for placement in hospice care. Three of us children were present as the transition took place. In doing so we met a completely new set of staff members from the Tomah VA Hospital. This transition to hospice was well done, organized and professional.

Beyond that, and why I am really writing this today, is that VA was compassionate and caring in a way no one can imagine the government can be. The women we met on the hospice floor cared about serving our Veterans. You could feel their reverence for their service to country and the desire to make their last days the best they could be. They worked hard to learn from his children the story of the man they were going to be taking care of. They went out of their way to come into the room and introduce themselves to us and explain the role that each would have in caring for our father.

The staff was kind. They were compassionate. They were supremely professional. They cared about the man in the bed who could barely speak. And they cared about his children who were bringing him to them in his dying days. As I left the facility later that night, I wanted to just hug each and every one of the people I had come in contact with at the VA and tell them that their efforts do make a difference. This experience, with these people, went beyond anything I could ever imagine it would have been. The way they worked to process my father’s application with such purpose and haste, the way they interacted with our family and others I saw them with showed such a personal level of caring, and the professionalism exhibited by the staff was beyond commendable.

I am not a religious person but it felt a little like we had been visited by angels who just arrived to help solve every problem and concern related to my father’s last moments.

So I want you, and everyone else, to know that all of what you hear and all of what you read about the level of care and service of our Veterans by the VA is not negative. I saw first-hand how this organization functions and for this family it functioned exceptionally well. I run a service organization that employs over 1,000 individuals and I am known for my critical eye and attention to detail. Some might say that “constructive criticism” is my middle name. However, I went through this experience and I cannot think of a single way to suggest it might have been handled better. The groups of people that we came in contact with were absolutely amazing in the way in which they performed their daily work and expectations.

VA people honored and cared for him

Are there problems with serving our ever-growing Veteran population? Absolutely. Might resources be redirected or expanded to help meet needs? Probably. But do not believe that these people working with Veterans do not care. I have seen with my own eyes that they care deeply. My father was not someone special or a VIP who moved people to do unusual things for him. He was a simple WWII Veteran who found out that his government and the people working in the VA honored and cared for him in his moment of need at the end of his life.

All of us should be proud of these people who work with our Veterans and especially those who served our family so well in the Tomah VA Hospital for those few days in the beginning of February 2017.