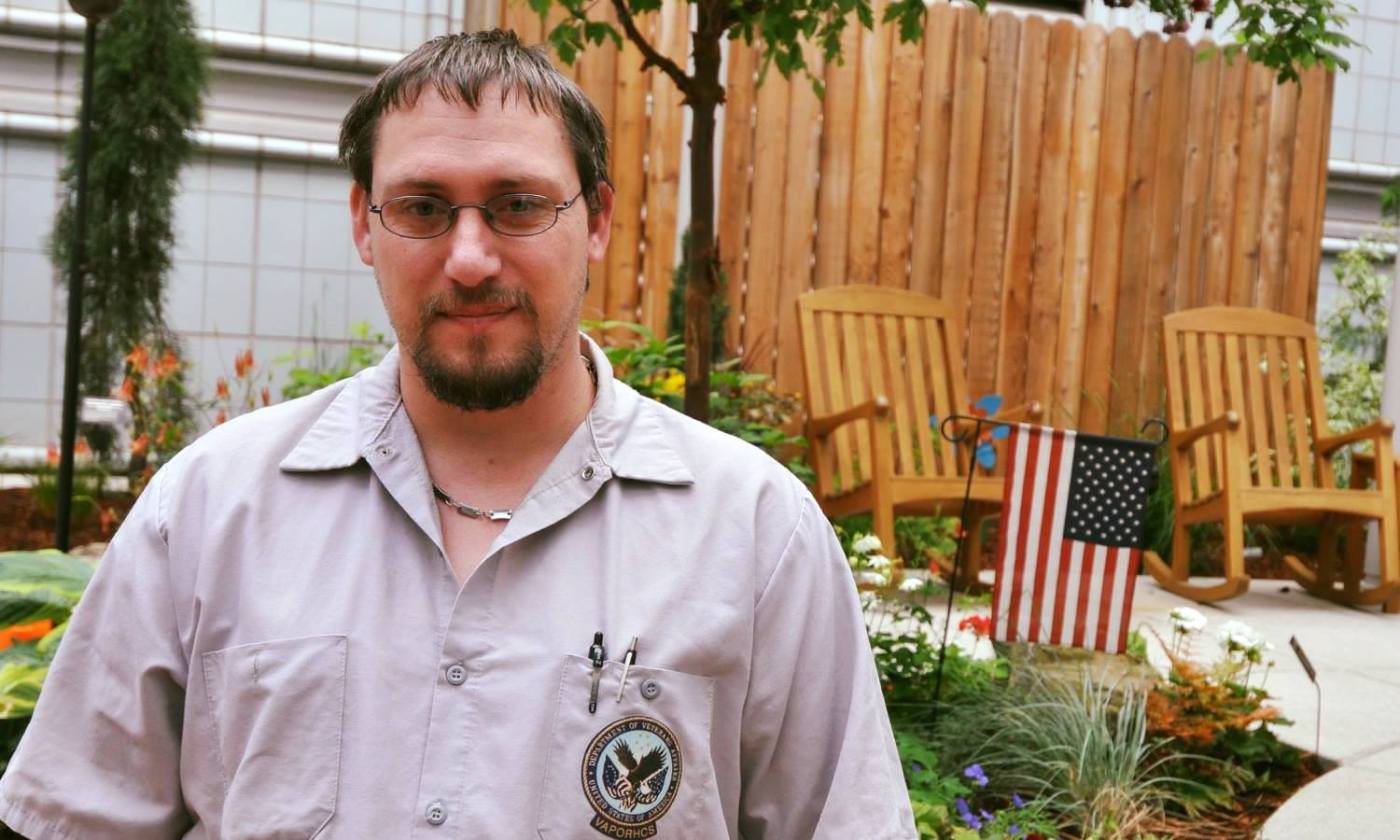 “All I know is I was in the right place at the right time and knew what needed to be done just to get him to stay alive,” Army Veteran Marcus Knipe told a local TV station earlier this week.

Knipe, an employee at the VA Portland Health Care System, had a day off the Friday before Memorial Day weekend when a horrific attack unfolded on the TriMet MAX train in Portland, Oregon. Knipe was waiting on the platform with his family and friends when he heard a commotion from another train stopped at the station and was surprised to see people running from the train and screaming. He watched as one of the three people who tried to intervene in the attack stumbled from the train with stab wounds to his neck and yelled for help.

“All I know is I was in the right place at the right time and knew what needed to be done just to get him to stay alive.”

Knipe sprang into action without thinking about his own safety, while his family escaped the scary scene. The Iraq War Veteran immediately applied pressure to the victim’s wound. His Infantryman basic medical training kicked in and he kept the young man calm and talking during the ordeal before ambulances arrived. He even helped the young man call his mom to tell her he was injured. After speaking with police, Marcus joined his family for their planned evening. The young man is recovering from his wounds, but sadly two other Good Samaritans – Army Veteran Ricky John Best, 53, and Taliesin Myrddin Namkai Meche, 23, did not survive.

In a Facebook post Wednesday, the VA Portland Health Care System highlighted Knipe’s lifesaving actions. “Thank you, Marcus, for stepping in without regard to your own safety and using your military skills to help where desperately needed. We are humbled by your heroic lifesaving actions on Friday and thank you today, and every day, for serving other Veterans at VA Portland Health Care System.”

ABC News recently featured an interview with Knipe and the mother of stabbing victim Micah Fletcher.

Editor’s note:  Information for this post was provided by the VA Portland Health Care System.