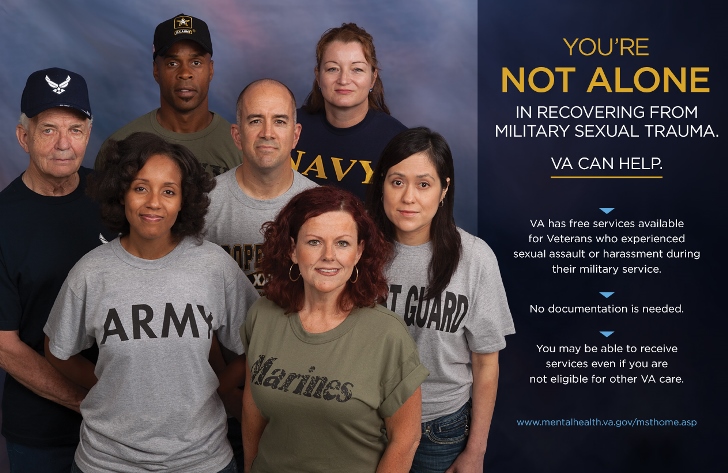 Women are disproportionately likely to have experienced sexual harassment and/or assault during their military service. This trauma, referred to by VA as military sexual trauma (MST), can result in conditions such as post-traumatic stress disorder (PTSD), as well as a cascading impact on all aspects of life. (Click here for more information on military sexual trauma and treatments available for resulting conditions from VA.)

Due to increased awareness of this problem and the challenges of providing corroborating evidence in many cases, VA has taken a number of steps over the years to better serve MST survivors applying for disability compensation for conditions caused by MST, beginning with relaxing evidentiary standards in 2002. Because events involving sexual trauma are not always officially reported, VA looks for “markers” (i.e., signs, events or circumstances) that provide an indication the traumatic event happened, which include but are not limited to records from rape crisis or mental health counseling centers, tests for pregnancy or sexually transmitted diseases, statements from family members or roommates, transfer requests, deterioration in work performance, episodes of depression or anxiety without an identifiable cause and relationship issues – a longer list is available here.

In response to an identified gap in the percent of claims granted for PTSD caused by MST compared to other causes, such as combat-related PTSD, additional changes were made. These include conducting special training for VA regional office personnel who process MST-related claims beginning in 2011 and offering specialized training to medical examiners who provide input on these cases in 2012.

The dramatic narrowing of the gap, from over 20 points six years ago to virtually indistinguishable today, shows the success of those efforts. The Veterans Benefits Administration and the Center for Women Veterans will continue to analyze data to sustain these improvements in equitable decision-making.