Living History: The Medal of Honor 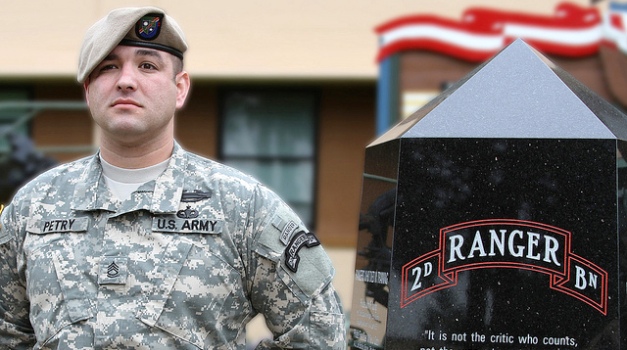 There is no American award more prestigious than the Medal of Honor, and today marks the 149th anniversary of the establishment of the Army service medal by Abraham Lincoln during the Civil War. The bill reads:

[T]he President of the United States be, and he is hereby, authorized to cause two thousand “medals of honor” to be prepared with suitable emblematic devices, and to direct that the same be presented, in the name of the Congress, to such non-commissioned officers and privates as shall most distinguish themselves by their gallantry in action, and other soldier-like qualities, during the present insurrection.

Though the award was created in July of 1862, the first heroic act to earn the Medal of Honor happened in February 1861. Army Assistant Surgeon Bernard Irwin broke an Apache siege and rescued sixty men in Arizona. He received the medal in 1894.

A century and a half after the Medal of Honor was established by Lincoln, another president from Illinois will award the medal to a living recipient–only the second from the wars in Iraq and Afghanistan.

Sergeant First Class and Army Ranger Leroy Petry earned the award when his team came under insurgent attack during a raid in Afghanistan in 2008. A fighter lobbed a grenade at his men, but SFC Petry grabbed it and tossed it away from his men without hesitation. He lost a hand in the process, but saved the lives of his men. As the saying goes, he showed “conspicuous gallantry above and beyond the call of duty.” A play-by-play battlescape feature breaks down the event in detail.

We at VA wish to extend our congratulations to a truly selfless leader. The Medal of Honor has only been awarded 3,456 times since President Lincoln created the award. The courage and sacrifice exemplified in the awardees is truly uncommon.