Preserving the past: The history of Loudon Park National Cemetery 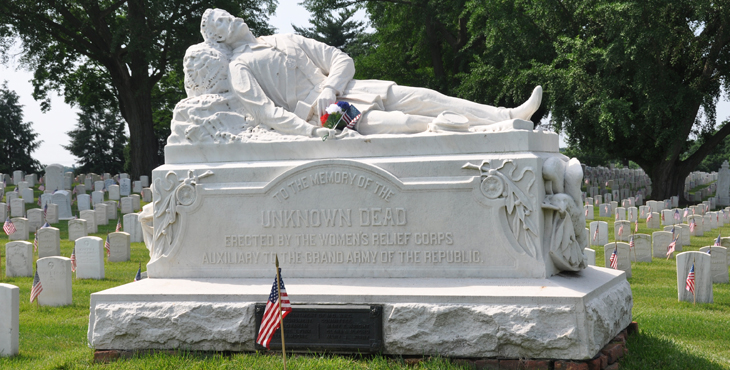 An iron fence surrounds the rows of headstones of Loudon Park National Cemetery in Maryland and formal cast-iron gates stand as centurions at the entrance. The two-story folk Victorian lodge, built in the 1890s, is a stalwart reminder of the cemetery’s past, a past that is as much a part of Baltimore’s history as it is America’s history.

Loudon Park National Cemetery, now a VA national cemetery and historical site, was originally a military cemetery established in 1862 during the Civil War. Most of its first interments came from nearby Baltimore hospitals and prisons, such as Fort McHenry. Baltimore played a modest but tangentially connected part in America’s Civil War. Despite being located less than 100 miles from the nation’s capital, no major Civil War battles occurred in Baltimore. However, as a major port city and home of the B&O railroad, it was a key transportation center during the war.

Loudon Park National Cemetery is a place that tells the story of our country’s past, and it’s a story that continues to this day. A report from the inspector of national cemeteries in 1871 cited 1,789 total interments; among them 139 “rebel soldiers, prisoners of war” who died at Fort McHenry. While today this cemetery is closed for interments, the National Cemetery Administration (NCA) protects, preserves and maintains the site, along with hundreds of other VA national cemeteries across the nation, as a part of our sacred trust.

For many who work at NCA, this mission is one that goes beyond just a sense of duty and responsibility. Shawn Graham, a public affairs specialist, explains the care of Veterans, even ones interred hundreds of years ago, is part of a personal mission for him.

Recently, service members from the Defense Information School at Fort Meade, Maryland visited Loudon Park National Cemetery to tell the story of what they learned and why the sacred trust of NCA is such a historical, and deeply American, mission.

Jessica L. Tozer, a U.S. Army Veteran (2002-2006), is the web communications officer and digital services lead for VA’s National Cemetery Administration. She was a communications specialist and content manager for the Department of Homeland Security Science and Technology Directorate from 2015-2016. From 2011-2015 she was the social media content manager and editor-in-chief for Armed with Science, the Department of Defense science and technology blog. She is a lifelong science fiction fan and a huge supporter of the Veteran community.