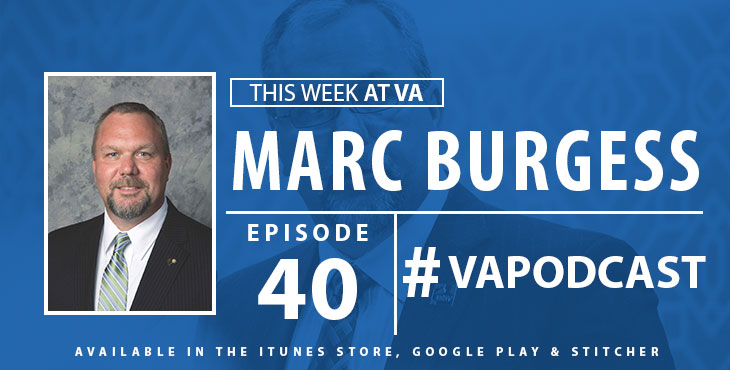 VA works with many Veteran Service Organization to serve our Veterans. One of those longstanding partnerships has been Disabled American Veterans, an organization that has been around since World War I. DAV helps Veterans navigate the VA system, primarily by assisting with claims. They also provide a network and community for Veterans to thrive in. This week’s featured guest is with DAV’s National Adjutant, Marc Burgess.

J. Marc Burgess, a veteran of the Persian Gulf War, was appointed National Adjutant of the1.3 million-member DAV, on June 1, 2013. As DAV’s senior staff official, National Adjutant Burgess serves as the organization’s Chief Executive Officer and leads the 650-member DAV staff, managing all
operations of the organization of wartime injured and ill veterans, one of America’s largest charitable institutions.
Mr. Burgess served in the U.S. Navy from October 1987 through October 1992, when he was medically discharged. His service included crew member and plank-owner aboard the USS Normandy. He joined DAV before his discharge from the Navy and is a life member of Chapter 19 in Cold Spring,Ky.