Home / Top Stories / Pledge to “Be There” for Veterans in need

Pledge to “Be There” for Veterans in need 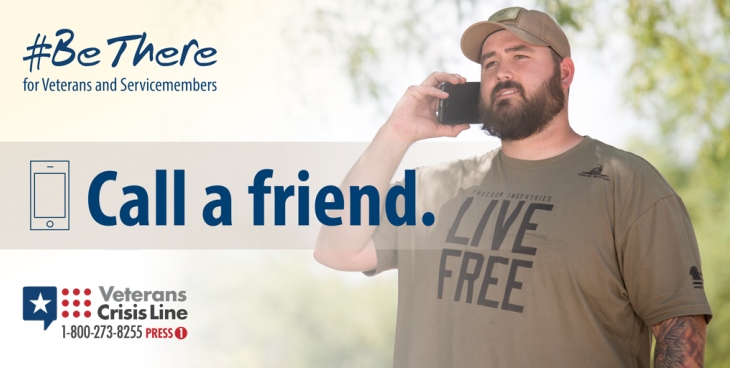 This blog first appeared on InsideSources.

Suicide is a public health crisis and VA is launching a national effort to reduce suicide by identifying the warning signs, pointing people to the best resources, and showing how everyone can help. Over the past 14 years, suicide among civilian adults has increased by 23 percent, but among Veterans it is up 31 percent. I am deeply troubled at the rate of suicide among Veterans, and I am determined to do everything we can to fix this. Our nation has an obligation to protect those who have served us, and that’s why suicide prevention is VA’s top clinical priority.

In the past, VA has been largely reactive on suicide – waiting until Veterans have a thought of suicide before trying to engage them. This approach hasn’t worked. So earlier this year, we launched an innovative effort called REACH VET that allows us to identify those who may be at risk. REACH VET helps ensure that Veterans who may be at high risk for suicide receive the care they need before they are in crisis.

One of my first decisions as secretary was to extend mental health care to Veterans with other-than-honorable discharges because we know this group is at a higher risk for suicide. I also launched an aggressive campaign to recruit 2,100 new mental health professionals to meet the growing demand for these services – we have hired 650 of them so far.

We are ramping up operations in our Veterans Crisis Line as we extend our automatic transfer “Press 7” feature to all VA community clinics and Vet Centers. The Press 7 function is already available at our medical centers and provides immediate access to the crisis line. We now have more than 500 professionals working in our call centers, many of whom are Veterans themselves, and we are hiring more for our third hub opening later this year. Through these efforts, we answer more than 2,000 calls a day and have reduced the call rollover rate from 30 percent a year ago to close to 1 percent today, with calls answered in an average of 8 seconds.

We know that if Veterans are connected with the right care it makes a difference and saves lives. Of the 20 Veterans who take their own lives each day, only six received VA health care in the past year. Of those six, only three received mental health care from VA. Clearly we need to reach out to Veterans who are not connected to VA and get them the care and services they need. But we can’t help those we don’t see.

That is why we are working closely with the Department of Defense to identify at-risk service members and to enroll them for VA care. We simply cannot allow a military member to leave the service during a time of need without connecting them to resources in their hometown.

We also are partnering with a national network of volunteer professionals at Give an Hour to expand community-based mental health services for Veteran and military communities. We developed a suicide prevention toolkit and are distributing it to more than 130 Community Veteran Engagement Boards. These boards are instrumental in bringing people together to advocate for and serve the needs of Veterans.

To make it easier for Veterans to receive mental health care, we are establishing 11 regional telehealth hubs across our system. Last year we provided nearly 430,000 tele-mental health encounters – connecting with Veterans where and when they need it most. We also developed a suite of award-winning tools like our PTSD mobile app that can be used independently or in conjunction with active mental health services.

This month, I have asked the leadership team at every VA hospital to sign a suicide prevention declaration to affirm their commitment to ending Veteran suicide. VA facilities across the country are holding mental health summits and public awareness events, as well as forming partnerships with community organizations.

As Americans, we all have a role in suicide prevention. You don’t have to be a doctor to make a difference. The theme for Suicide Prevention Month is “Be There” because we can all help someone who may be at risk through simple actions that can make a big difference. Understand the warning signs before someone reaches a crisis. Sometimes a conversation, a phone call, or a text can make all the difference.

A Veteran should never feel isolated and alone in the land they worked so hard to defend. If you are a Veteran, family member or friend of a Veteran who is at risk, Be There for those in need: Call 800-273-8255 and press 1; chat online at VeteransCrisisLine.net/Chat or text 838255.

This article first appeared on InsideSources.