Brighter days for this Veteran 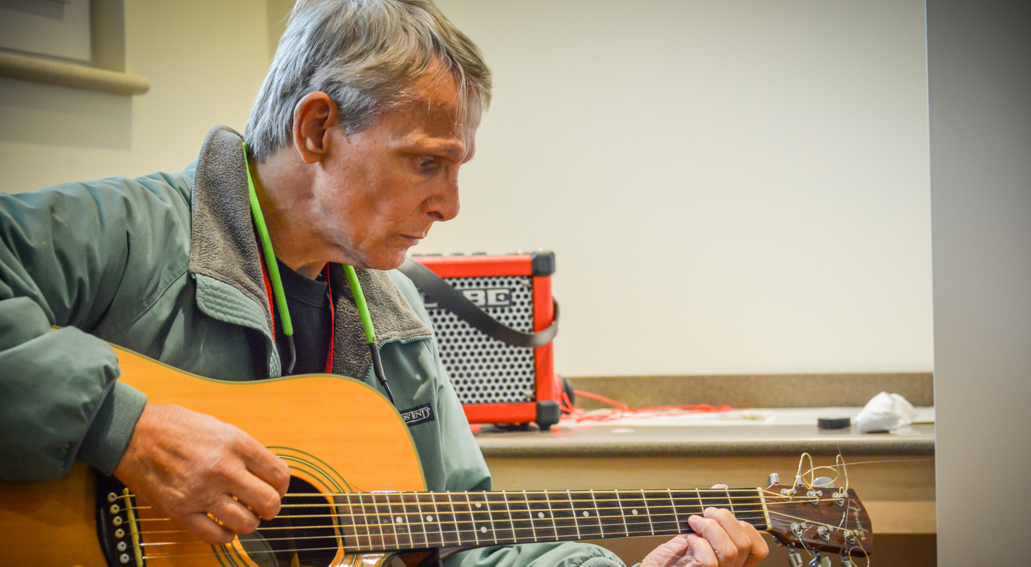 The Domiciliary for Residential Treatment of PTSD and Substance Abuse program at the Roseburg VA Health Care System recently moved from the old mental health building into a brand-new, state-of-the-art, home-like building.

You could see the joy in both the staff and Veterans as this transition occurred in August and they moved into their new home. The new space, a 14,000-square foot building with 22 beds, includes 12 individual rooms and five double-occupancy rooms.

The new location gives Veteran resident Ron Choate, pictured above, a much brighter outlook on life.  Ron is no stranger to the program in Roseburg, as this is his third time going through it. He is a four-year Marine Corps Veteran who was a fire support coordinator and rifle range coach during his time in service.

About a month after moving into the new building, Ron said “There is no comparison. The new unit is more like a motel and not military style like the old place.”

As we sat in his room and talked about some of the things he enjoys doing and a bit about our military careers, I could see that Ron was very comfortable and felt safe. He was proud to show me his guitar, which he loves to play in his room. He is happy he doesn’t have to worry about anyone messing with the guitar when he leaves it out, and he can play anytime he wants.

“The staff is incredible, very sincere…”

Ron had nothing but good things to say about the program, new building, and staff. He stated a few times, “The staff is incredible, very sincere, and cares about us, which allows us to open up more.”  With a more conducive healing environment, he feels very optimistic that this will be his last time utilizing the program and can finally move forward with his life.

The new building features improved classrooms, which he enjoys a great deal, along with the dayrooms and community lounge areas. As we started our conversation, Ron was in the cafeteria enjoying a snack and was quick to express his gratitude for the much nicer cafeteria stating, “The food is great, always on time, and always hot.”

Ron is not entirely without frustration though. It is challenging to get into the program and requires a referral from Veterans’ primary care physicians. He also thinks it would be better to have a detox program here. His last complaint was, “…people complaining when we get such great care.”

After that, Ron’s smile came back and he played his guitar as he looked forward to his next class.

About the author: Shanon Goodwin is a public affairs officer at the Roseburg VA Health Care System