“My final act of service.” One Marine’s last mission 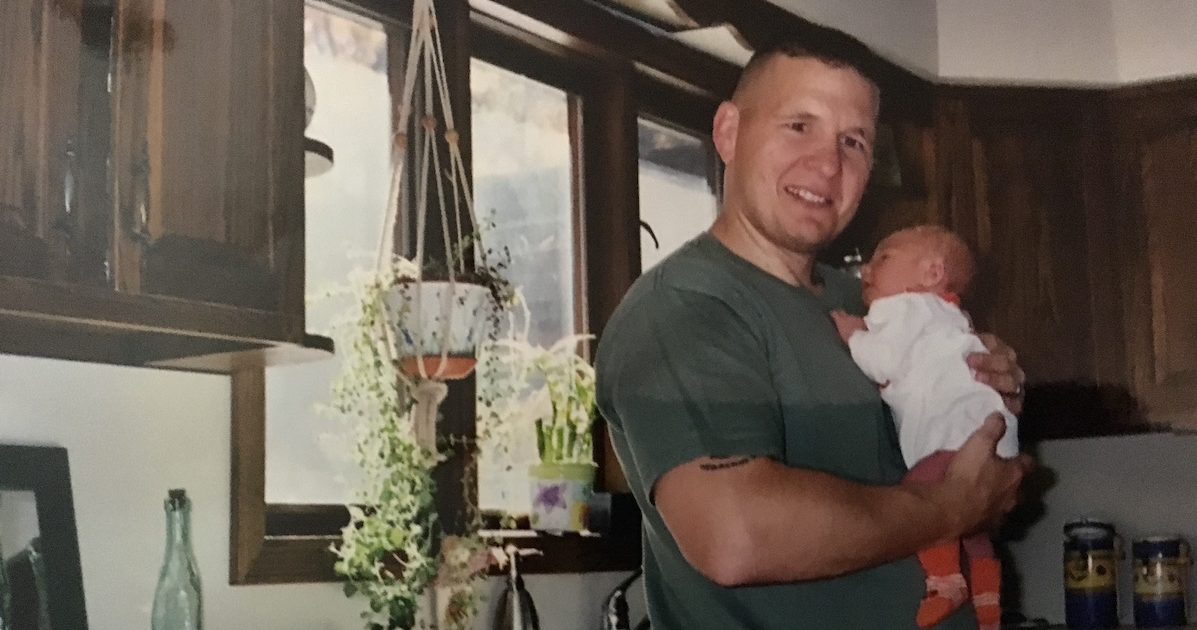 Editor’s Note: VA extends heartfelt and sincere condolences to the family and friends of Tony Egan. This Marine’s character of service and most importantly, his courage are beautifully captured in this tribute by Joseph Darius Jaafari, first published on Nation Swell.  We share this story in hopes that visitors to this site may continue to appreciate and honor the life of one of the finest our country has to offer. Rest in peace, Tony Egan.

An excerpt is posted below. To read the original story, visit Nation Swell’s website.

Being a Marine taught me the importance of giving back. But my last mission may be my most crucial: instilling the same values in my son.

Two years ago, I was built like a tank. I’ve been built like that my entire life, having grown up as a wrestler in high school and college. Once, way back then, someone looked at me and said, “What the hell are you?”

I look much different now. It’s hard for me to speak for long periods of time, and I’m about half the size I used to be. Now, I’m happy to just get up and walk, which is a mental challenge all by itself. The guy I used to be has been destroyed by chemotherapy. In late 2015, I was diagnosed with stage-four cholangiocarcinoma, a rare and aggressive form of cancer that starts in the bile ducts. I don’t know how much time I have left; I may not even make it to my 55th birthday this December.

But I’m happy that I can go knowing I’ve lived my life in complete service to others and to my family.

Except I have a teenage son, and there’s still so much to teach him.

I won’t be able to impart my wisdom to Mason as he grows up. That’s why I’m making sure he knows now the importance of living a life in service, like I have. The lessons are simple: Be humble, be open and be helpful.

To read the remainder of the article, visit NationSwell’s website.

Anthony Egan served as a corporal in the intelligence unit of the U.S. Marines from 1982 until 1988. He then spent more than 20 years working in the pharmaceutical industry. He passed away Nov. 19, 2017 in New Jersey, where he lived with his wife and his son.

This article originally appeared on the Nation Swell website, as told to NationSwell staff writer Joseph Darius Jaafari. Thank you to Nation Swell for providing this excerpt.