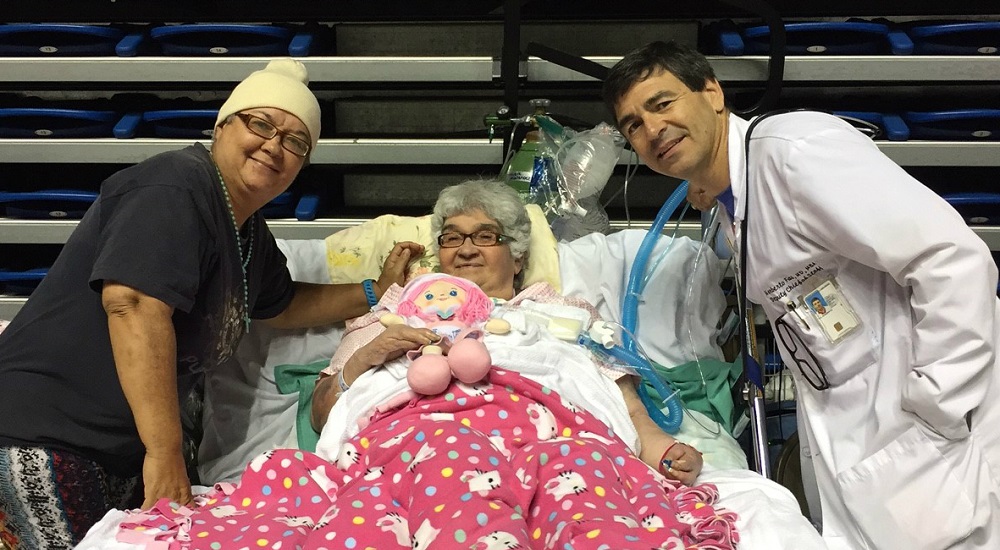 Dr. Norberto Fas knew he needed to help his fellow Puerto Ricans following the destruction left by Hurricane Maria when it made landfall Sept. 20. The storm’s powerful 140-mph winds and destructive surge left much of the Caribbean island without potable water, electricity, or adequate health care.

Fas, who is Deputy Chief of Staff at the Atlanta VA Health Care System, said he was heartbroken to see such destruction in his native country, but at the same time he knew there was no doubt he had to help.

“I’m a physician and I could help the needy there,” Fas said.

Fas began his 13-day deployment in a country he barely recognized. “I saw electrical lines down and homes’ roofs gone,” Fas said.

“It was hard work, but it was worth every minute,” he said.

To date, VA has deployed more than 200 people from around the country, to include three from the Atlanta VAHCS, in support of Hurricane Maria recovery efforts at San Juan VA Medical Center, and at a temporary medical facility in northern coastal town Manatí—roughly 90 minutes west of the capital. The latter, known as a Federal Medical Station (FMS), is where Fas spent most of his time, and has been described as something between a temporary shelter and a field hospital.

In fact, an FMS is intended to provide surge bed capacity with capability to meet needs for low acuity, chronic health and medical care near disaster affected areas in which health systems or long-term nursing care facilities have been damaged or evacuated.

The FMS was situated inside the protection of the Coliseo Juan Aubin Cruz Abreu “Bincito” and included federal agencies such as Department of Defense, Health and Human Services, Federal Emergency Management Agency—all working with VA to provide medical services to patients. “This was very unique because you had the combined effort of multiple federal agencies working out of the coliseum on three FEMA generators,” Fas said.

Fas explained that volunteers staffing FMS Manatí provided medical services to patients who were chronically dependent on ventilators that operated on electricity, or short-term battery power during power outages. Many of these patients were evacuated from their homes and placed in the closest emergency room that had electrical power—some for nearly three weeks—but eventually made their way to the FMS because of generator failure. Local hospitals and other facilities simply weren’t equipped with long-term generator power. “Fortunately, patients were able to receive care at the coliseum where we had adequate electricity,” Fas added.

The FMS also received patients, not only Veterans, from local hospitals, nursing homes, and elderly care facilities, many of whom were suffering from hyperthermia and other conditions exacerbated by the lack of electricity. “We even coordinated funeral services for some patients who were brought down by non-operational hospice centers,” Fas said.

Disaster Emergency Personnel System (DEMPS) is the Veterans Health Administrations main deployment program for clinical and non-clinical staff to an emergency or disaster.  The DEMPS program may be used for an internal VA mission, as well as supporting a mission after a Presidential Disaster Declaration.