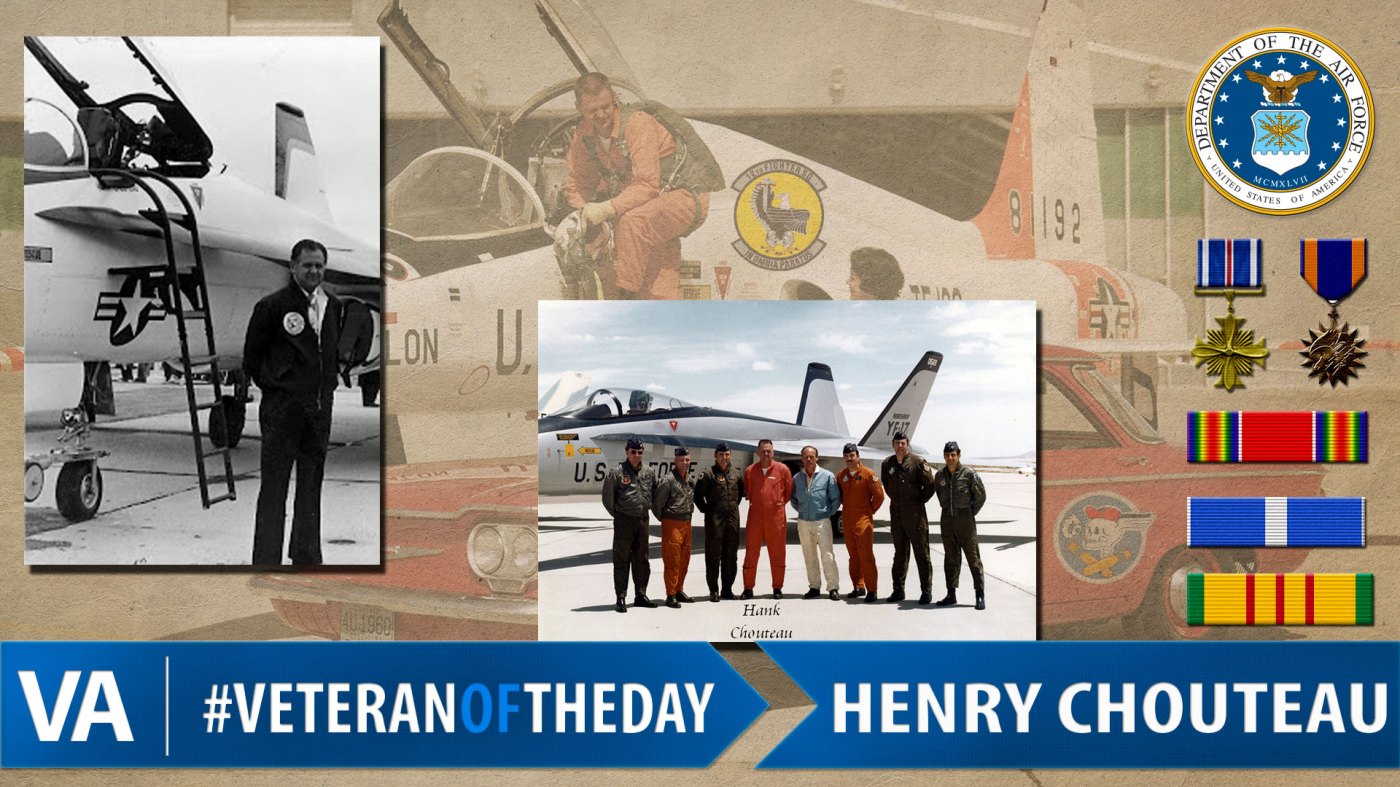 Hank received a Bachelor of Science in mechanical engineering from the University of Wyoming. During World War II he was assigned to the European Theater as a member of the Army Air Corps 587th Bomb Squadron where he flew B-26 Marauders. Hank returned to the Air Force during the Korean War. He flew 100 sorties with the 12th Fighter/Bomber Squadron in the P-51 Mustang. Later, Hank served in Vietnam as a reserve officer and flew sorties in the F-5.

After leaving the military, Hank became Northrop Grumman Corporation’s chief test pilot for advanced fighter aircraft. He logged more than 7,300 flight hours in more than 80 models of aircraft. He piloted first flights in nine aircraft including the N-156, T-38, YF-5A, F-5A, F-5E, the CF-5A and CF-5B in Canada, the NF-5 in the Netherlands, and the YF-17 prototype for the F-18 Navy Strike Fighter. Hank helped develop the F-18L Cobra, F-89J atomic weapon equipment interceptor, the T-38 supersonic trainer, the A-9 ground attack fighter, the F-5A Freedom Fighter and the F-5E international Fighter.

Hank was awarded the Distinguished Flying Cross, the Air Medal with four clusters, four Battle Stars, the Korean Presidential Unit Citation, the South Vietnamese Cross of Honor, the Award of Pilot Wings by the United States, Vietnamese and Ethiopian Air Forces, and the Lancaster Aerospace Walk of Honor. He passed away in April 2014.