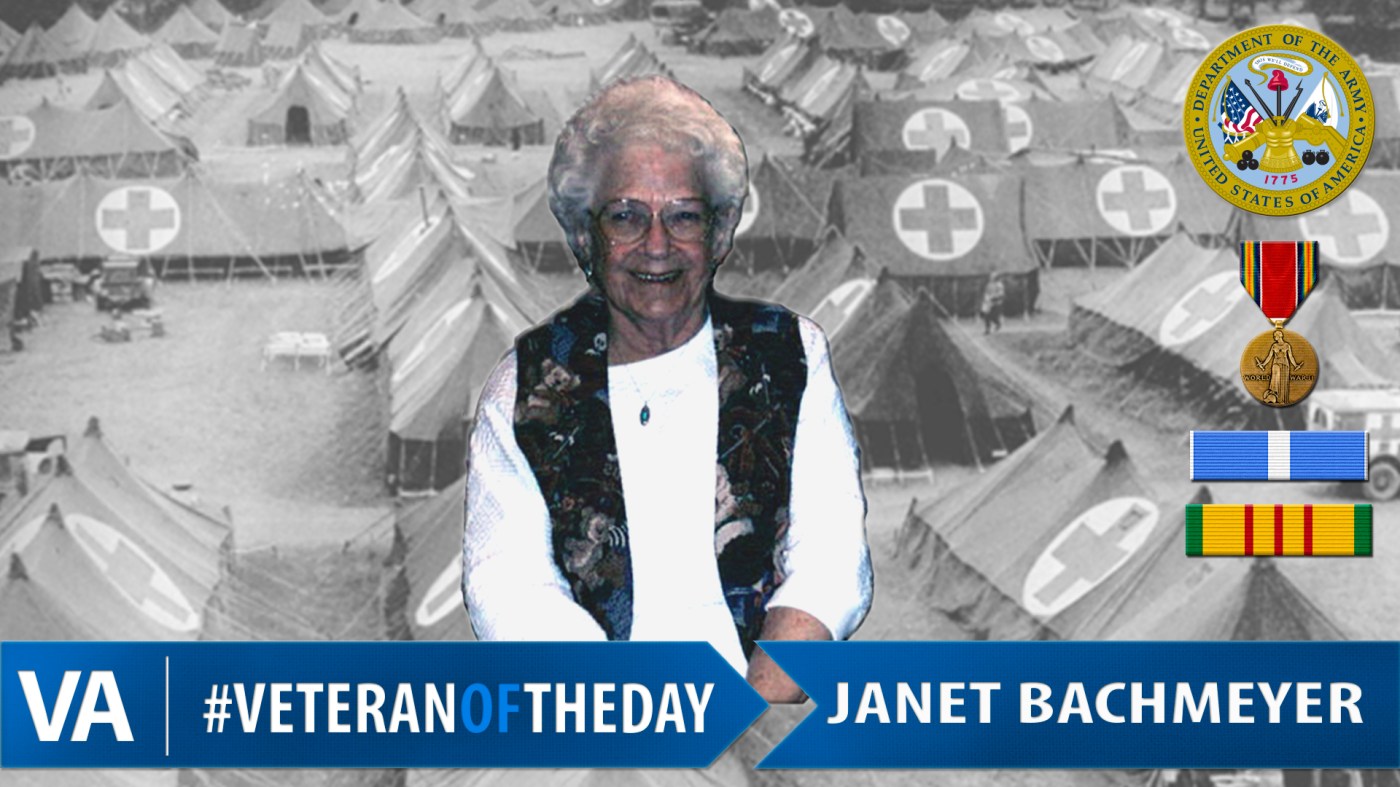 Today’s #VeteranOfTheDay is U.S. Army Veteran Janet A. Bachmeyer. Janet served during from 1944 to 1974 during World War II, the Korean War the Vietnam War.

Janet was born in Cincinnati, Ohio on Sept. 24, 1920 and grew up in Chicago. Her father was the Director of Clinics at the University of Chicago which prompted her to take an interest in nursing at a young age. Janet attended Rockford College for two years and completed a three year nursing program at Evangelical Hospital in 1943. She enlisted in the Army in January of the following year.

Janet spoke of her service with the Veterans History Project. She completed training at Camp McCoy, Wisconsin and Camp Barkeley, Texas before being assigned to England in April 1944. She worked in the medical and surgical wards and handled accident cases. After D-Day on June 6, her hospital housed 1,500 patients and she worked 12 hour shifts, seven days per week.

After the end of World War II, Janet returned to the U.S. and lived in San Francisco for eight years. She enjoyed her time in the Army and rejoined active duty during the Korean War. Janet was assigned to Korea to treat wounded soldiers and civilians. She was again sent overseas during the Vietnam War and served as a chief nurse in Saigon, Vietnam, also known as Ho Chi Minh City.

Janet also served in Nuremberg, Germany and completed numerous assignments in the U.S., including in Washington D.C. and Killian, Texas. Janet retired from the military in 1974 at Fort Meade, Maryland after over three decades of service. She received the World War II Victory Medal, the Korea Service Medal and the Vietnam Service Medal.