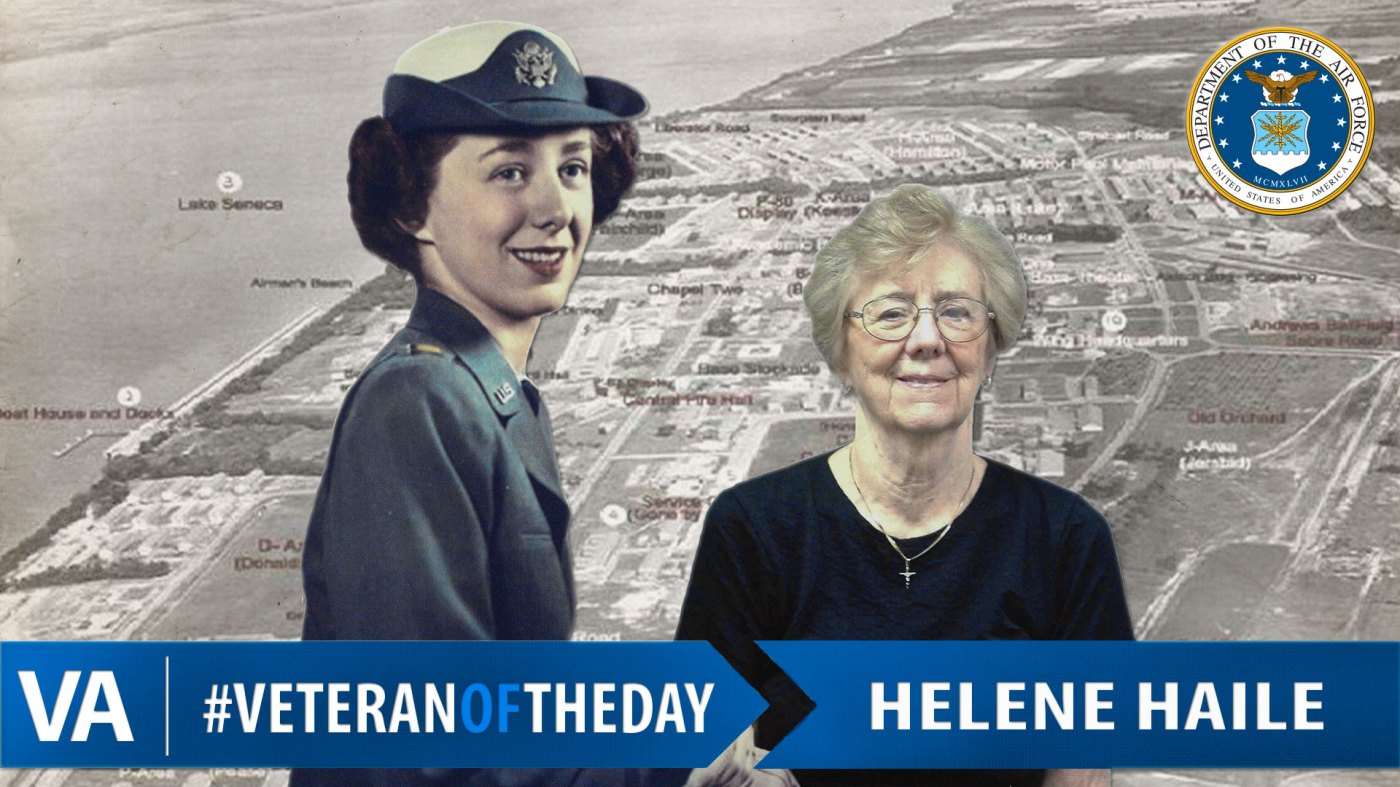 In September 1950, Helene graduated from nursing school at Crouse Irving Memorial Hospital in Syracuse, New York. She worked in the postoperative unit of a local hospital in her hometown of Norwich, New York, until she decided to enlist in the military in July 1951. Helene joined the Air Force Nurse Corps at the encouragement of her father who was an Air Force Veteran and had served during World War II.

Helene continued to work in the postoperative units at Sampson Air Force Base in Geneva, New York. Helene met her husband to-be Rex who was also serving at Sampson as a staff sergeant and pharmacist; the two were married in February 1953. Helene’s service was cut short when she was honorably discharged from the Air Force in September 1953. She gave birth to her first child in December of that year.

Helene opened up during an interview with Veteran’s History Project how she would have loved to fulfill her remaining two years with the military and how proud she was to have served her country. Helene and Rex settled in Hopkinsville, Kentucky, where they still live today.

We thank you for your service, Helene!