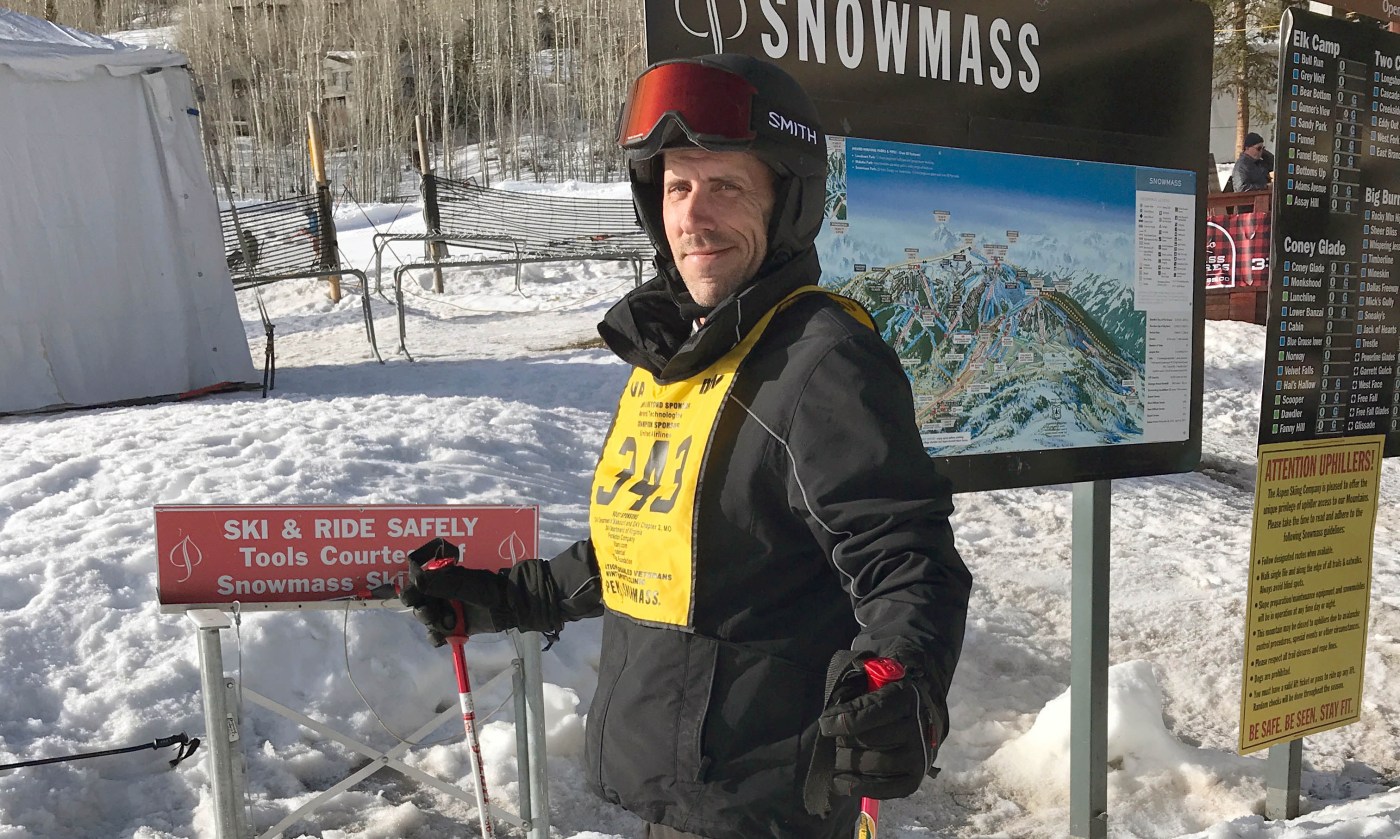 Spencer McGinnis, who deployed during the initial invasion of Iraq, found his health deteriorating dramatically after a 2005 motorcycle accident turned his ankle and heel to “gravel.” After five surgeries in three weeks, McGinnis’ surgeon broke the news that he would never walk without a limp, and he certainly would never run again.

In light of the injury and another deployment looming,  McGinnis and his wife decided that he would separate from the Air Force. However, he missed the military lifestyle and camaraderie. Fourteen months later, he enlisted in the Army as a cavalry scout.

“I felt a pull back towards the military,” he said. Disregarding his surgeon’s warning, he was determined to pass the Army’s physical fitness test, including the run.

“It was painful, very painful,” McGinnis said. “I had a limp the entire time but I achieved what he said I wouldn’t be able to do and that made it a huge success.”

Spencer McGinnis is one of more than 400 Veterans participating in the 2018 National Disabled Veterans Winter Sports Clinic in Snowmass, Colorado.

However, his reconstructed ankle continued to deteriorate and after two years he was medically retired. He endured many therapies over the next few years, but to no avail. Finally, after another break, his surgeon told him his leg needed to be amputated below the knee.

His amputation and a follow-on MRSA infection triggered an emotional battle. He felt society viewed him as disabled and limited. So, in 2015, McGinnis co-founded Moto Sport Adaptive, an adaptive sports company for motocross riders. He also promoted the first national championship for adaptive motocross, which allowed amputees and paraplegics to compete nationally and gain notoriety. He also created Rally & Race of the Heroes, to fundraise for the organizations which had helped him and countless other Veterans live full active lives.

Seeking a new challenge, McGinnis is participating in his first National Disabled Veterans Winter Sports Clinic so he could show others just what an adaptive athlete can do.

“We, as adaptive people, should step out of the shadows back into the light and show the world that we can still live exciting full lives,” McGinnis said. “In my low times, I often reflect upon the competitors I’ve met in the adaptive community and from them I draw strength.”

Co-hosted by DAV and VA, the National Disabled Veterans Winter Sports Clinic promotes sports therapy and rehabilitation through adaptive Alpine and Nordic skiing, rock climbing, wheelchair self-defense, sled hockey, scuba diving and other adaptive sports and activities. The five-day event in Snowmass, Colorado is a world leader in adaptive winter sports instruction for ill and injured Veterans and their families. Be inspired at wintersportsclinic.org

About the author: Heather King is a technical career field trainee for public affairs at VA’s VISN 9. She is an Air Force Veteran and Tillman Scholar.