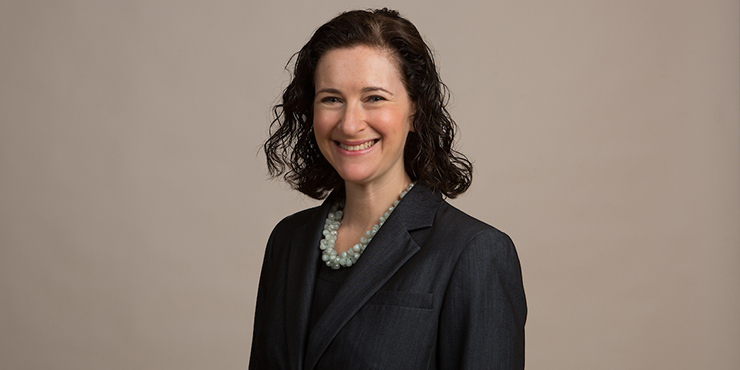 This post from the Partnership for Public Service originally appeared on the Samuel J. Heyman Service to America Medals website.

The nonprofit, nonpartisan Partnership for Public Service recently announced 27 Samuel J. Heyman Service to America Medal finalists for 2018 – outstanding federal employees who serve the public good and are addressing many of our country’s greatest challenges. VA employees were recognized in two categories – management excellence and promising innovations. The “Sammies” will be presented July 19.

Every day, Veterans go online to obtain information, benefits and services from VA, but often end up frustrated by a complicated tangle of websites, forms, logins, brands and outdated digital tools.

Agency leaders recognized the need to consolidate many of these online portals into one easy-to-use platform and to make the system more user-friendly, a process that began with the launch of Vets.gov in 2015. Marcy Jacobs became the leader of the VA Digital Service team in early 2017, and has added numerous features to the Vets.gov website that enable veterans to more easily discover, apply for, track and manage many of the benefits and services they have earned.

“The most innovative part is that everything is on it. It’s the single point of contact,” explained Chris Liddell, White House deputy chief of staff for policy coordination. “Previously a lot of service people would have to go from one site to another with multiple sign-ins and passwords, so it was hopeless to navigate and pretty clumsy. Vets.gov is becoming a one-stop shop.”

Since its launch, more than 1.6 million Veterans have logged into a Vets.gov account. That number is expected to grow substantially in the months ahead as the digital services team merges the platform with the department’s main information resource—VA.gov—which serves some five million visitors a month.

Margaret Weichert, deputy director for management at the Office of Management and Budget, said what makes Jacobs so successful is her “very quiet, but deep focus on the mission. It’s not about glitzy tech, it’s about the end result for the veterans.”

The first iteration of Vets.gov had a simple login for those creating a personalized account, but one that veterans struggled to remember because they already had multiple accounts from various government websites. Under Jacobs’ leadership, the team made it possible for veterans to use their DOD login or their credentials for My HealtheVet, the site that allows veterans to schedule appointments online, refill prescriptions and view their health records.

The team also made it easier for Veterans to download all their health records in a simple PDF or text file. Since the feature’s launch in July 2017, Veterans have downloaded more than 37,000 records.

Jacobs is most proud of the team’s efforts to build transparency into confusing processes such as disability appeals, which can take years to adjudicate. The team developed a tracking system for Veterans to check the status of their appeals, something that previously was very difficult to obtain. After using the system, one Veteran identified by VA as Charles, said, “It’s given me hope and information.”

The Vets.gov team also has assisted Veterans who received a dishonorable discharge, including a large number of veterans who were affected by Don’t Ask Don’t Tell or were suffering from traumatic brain injuries or PTSD. The team built a simple tool that lets Veterans answer up to nine questions and receive clear information that helps them file a stronger discharge upgrade application.

“We had some Veterans who were super emotional during user testing,” Jacobs said, “That’s the type of stuff that is so meaningful and shows you that what you are building is so important and having such an impact.”

Changing the culture at VA has been crucial to the success of Jacobs and her team, according to Matthew Cutts, acting administrator at the U.S. Digital Service.

“Previously, Vets.gov had been pushing to do all things for everyone, which sometimes caused friction,” Cutts said. “Marcy realized the importance and value of stakeholder engagement, and has sought to collaborate with partners throughout the VA.”

Jacobs and her team are now working on making it easier for Veterans to conduct a range of additional online transactions as well as looking for ways to reach a greater number of Veterans.

“Vets.gov is a trademark accomplishment,” said Scott Blackburn, VA’s former chief information officer, a Veteran and the first person to create an account on Vets.gov. “It’s really the gold standard for how citizens interact with government agencies.”

It’s your turn to vote! While the Sammies selection committee helps choose seven award winners from 27 outstanding finalists, the Partnership for Public Service wants to know who you think has made the most admirable contribution to the American people.

Click here to submit your votes for our People’s Choice honoree to be announced on July 19 during an event with the 2018 finalists and Sammies alumni at the Partnership for Public Service.

About the author: This post from the Partnership for Public Service originally appeared on the Samuel J. Heyman Service to America Medals website. During the past 17 years, the nonpartisan, nonprofit Partnership for Public Service has been dedicated to making the federal government more effective for the American people. The Partnership works across administrations to help transform the way government operates by increasing collaboration, accountability, efficiency and innovation. Visit ourpublicservice.org to learn more.