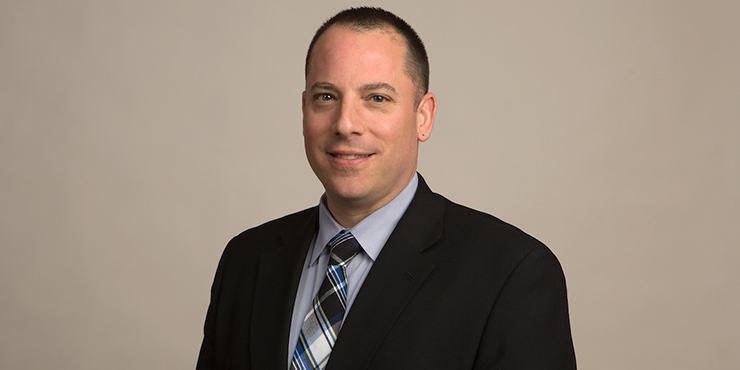 This post from the Partnership for Public Service originally appeared on the Samuel J. Heyman Service to America Medals website.

The nonprofit, nonpartisan Partnership for Public Service recently announced 27 Samuel J. Heyman Service to America Medal finalists for 2018 – outstanding federal employees who serve the public good and are addressing many of our country’s greatest challenges. VA employees were recognized in two categories – management excellence and promising innovations. The “Sammies” will be presented July 19.

Days of torrential rain from Hurricane Harvey in August 2017 led to massive flooding in Houston that severely damaged or destroyed thousands of homes and businesses, displacing residents and leaving the city in a state of disarray.

Before reconstruction in the nation’s fourth largest city could fully begin, the Federal Emergency Management Agency had to assess homes and commercial properties for damage and livability under terms of the National Flood Insurance Program, doing what is known as a substantial damage estimate.

Jordan Manos, an engineer with VA on temporary assignment to FEMA, brought with him innovative ideas to improve the system used to assess flood damage. His contributions helped make it possible for residents to get financial assistance and start repairs much more quickly when compared with previous major storms, and he helped save the government an estimated $20 million in assessment costs.

Quentin Cummings, a FEMA floodplain management specialist, said the enhanced damage-estimate process Manos designed “served the disaster survivors affected by Hurricane Harvey” and “is going to have a snowball effect.”

“The repeatability of this will have a profound impact on future disasters,” Cummings said.

The problem FEMA faced was the size and scope of the Harvey disaster, a category 4 hurricane. “The damage covered huge amounts of land and an unprecedented number of structures,” Cummings said.

“The whole time assessments are being done, disaster survivors are living in temporary housing or they are living in a house that they are not allowed to fix until it gets an inspection,” he said. “We had to find a way to speed up the process.”

To do so, Manos revised the damage assessment tool, adding numerous new data points and including a component that predicts the relationships between the depth of the flood water and the amount of damage that can be attributed to the water. When water causes damage greater than or equal to 50 percent of a home’s value, the structure must be brought up to the newest safety codes and guidelines for high flood risk areas.

As a result of the changes Manos implemented, the agency could filter out buildings that would not need inspection. Instead of having to inspect more than 100,000 structures, FEMA focused on 19,000, cutting the number of inspection days from about 200 to about 40, and saving about $400 per inspection. These changes also enabled officials to assess structures with a high probability of damage, and sped up insurance payments to residents.

Manos coordinated with multiple agencies, including the Army Corps of Engineers, before he put the new system into operation, he said. He contacted economists to make sure his assumptions were correct, and worked closely with FEMA colleagues to refine the process and convince agency leadership the plan would work.

“This was about taking care of people,” Manos said. “It is probably the most rewarding experience I’ve ever had professionally because I really made a difference.”

Manos was able to offer his expertise through the Department of Homeland Security’s Surge Capacity Program, which recruited thousands of federal employees from every department and agency to assist in the 2017 hurricane recovery efforts in Texas, Florida, Puerto Rico and the U.S. Virgin Islands.

Manos’ accomplishment did not surprise Stacy St. Holder, executive assistant to the chancellor at the Veterans Affairs Acquisition Academy, the agency that lent Manos to FEMA for a month.

“He’s always ready for that next new idea that’s coming around the corner,” she said. “He’s someone who takes difficult and complex tasks and makes them look easy.”

It’s your turn to vote! While the Sammies selection committee helps choose seven award winners from 27 outstanding finalists, the Partnership for Public Service wants to know who you think has made the most admirable contribution to the American people.

Click here to submit your votes for our People’s Choice honoree to be announced on July 19 during an event with the 2018 finalists and Sammies alumni at the Partnership for Public Service.

About the author: This post from the Partnership for Public Service originally appeared on the Samuel J. Heyman Service to America Medals website. During the past 17 years, the nonpartisan, nonprofit Partnership for Public Service has been dedicated to making the federal government more effective for the American people. The Partnership works across administrations to help transform the way government operates by increasing collaboration, accountability, efficiency and innovation. Visit ourpublicservice.org to learn more.