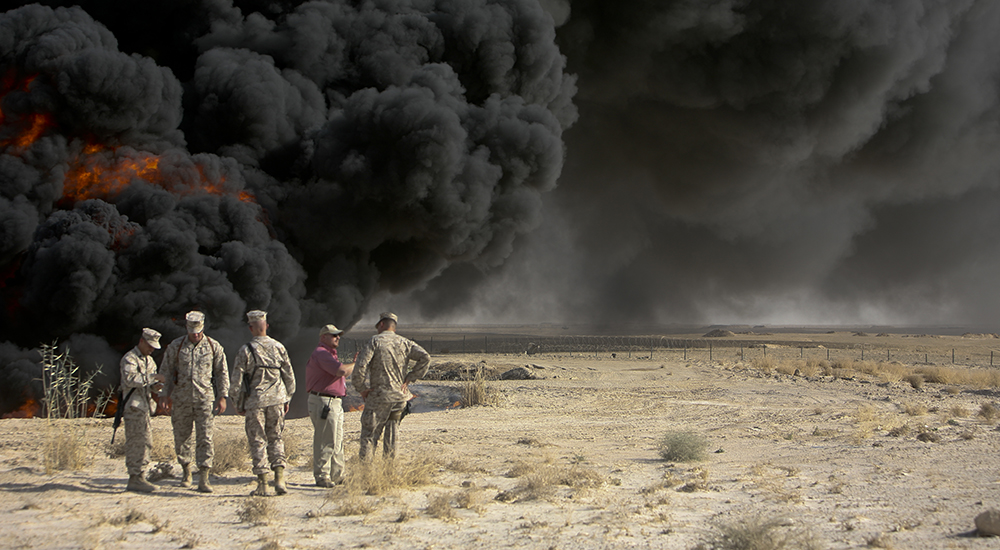 Researchers may have found a possible link between blast exposure during military service and difficulty breathing and-or decreased exercise stamina among Burn Pit Registry participants. Researchers previously had found links between smoke and particulate matter and pulmonary symptoms, but the link between explosion blast waves and cardiopulmonary symptoms several years after exposure is new.

This discovery was made possible by the Airborne Hazards and Open Burn Pit Registry. Analyzing nearly 43,000 records in the registry entered between June 2014 and July 2015, researchers sought to identify connections between current health symptoms and participants’ exposure to and distance from IED blasts.

”Not only is this finding of an association between blast exposure and cardiopulmonary symptoms unique to Veterans, it’s unique to the research field and something that has not previously been demonstrated,” said Dr. Michael Falvo, a research physiologist at VA’s War Related Illness and Injury Study Center in East Orange, NJ, and a key researcher on this study.

“What this registry-related research has done is provide the foundation and rationale to explore this question further using a more objective approach,” said Falvo.

“In addition to the scientific contribution of this paper, it and other analyses show Veterans and their providers that the time they spend completing the online questionnaire can result in important findings,” added Dr. Drew Helmer, director of VA’s War Related Illness and Injury Study Center in New Jersey and principal investigator on this study .

VA researchers also used Burn Pit Registry data to learn about the effects of burn pit emissions on respiratory and cardiovascular health. Looking at 4,343 registry participants who completed the questionnaire by April 30, 2015, they found a link between pit emissions exposure and self-reported respiratory symptoms.

Researchers will do more studies with data from burn pit registry. By the end of April 2018, more than 140,000 Veterans and Servicemembers had signed up for the burn pit registry.  “We appreciate Veterans’ willingness to provide this information and want to put it to good use,” said Helmer.

The registry is for Veterans and Servicemembers who served in the Southwest Asia theater of operations after August 2, 1990, or Afghanistan or Djibouti after September 11, 2001. Learn more about the registry, check your eligibility to participate and sign up to begin contributing to research efforts.