“Thank you for your service.” Volunteers honor Kentucky Veterans on Flag Day. 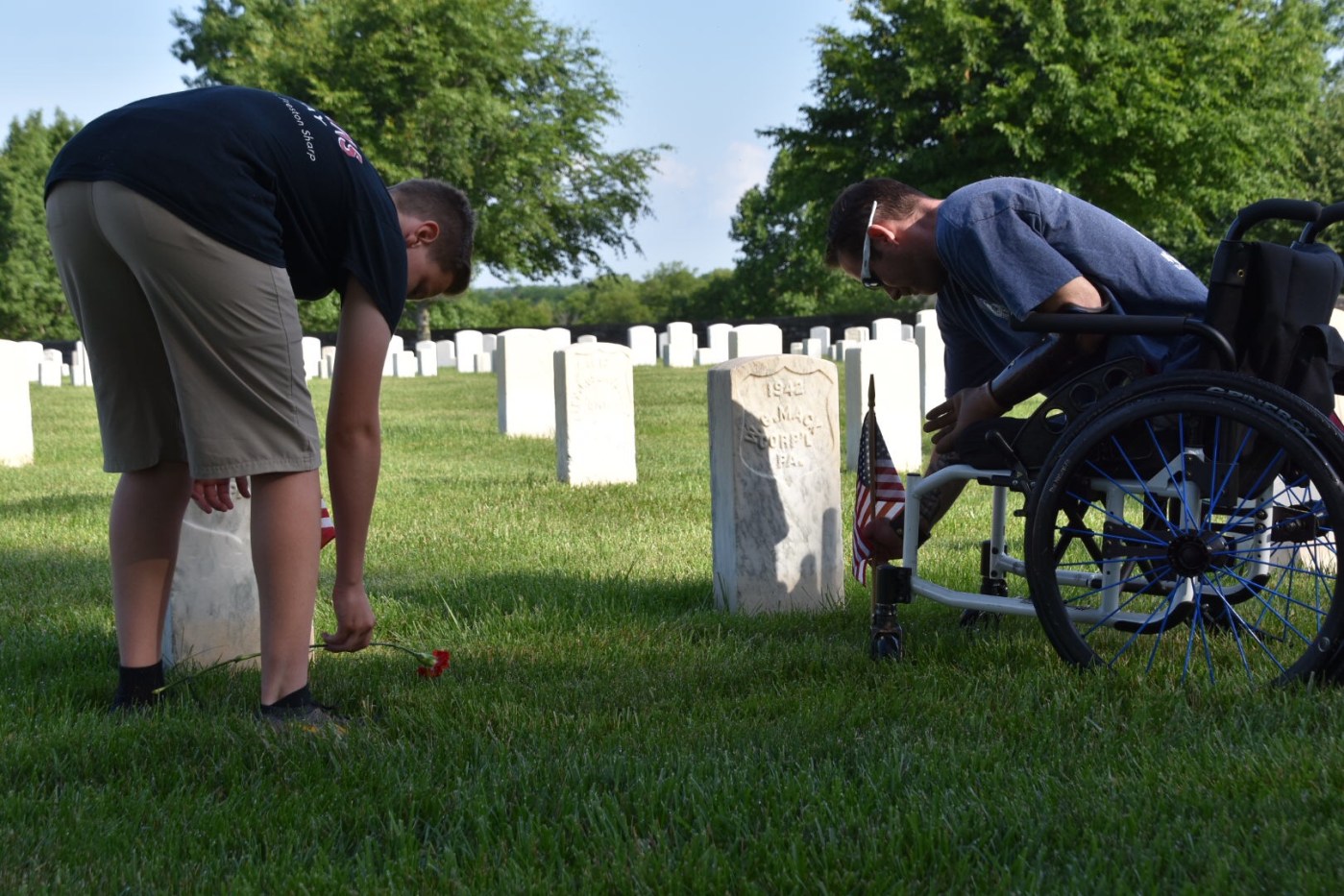 Whether known or unknown, over and over this morning, the names of those buried at Camp Nelson National Cemetery were read aloud in tribute to service not forgotten.

About 100 volunteers joined the national Flag and Flower Challenge at Camp Nelson. The effort was started two years ago by California resident Preston Sharp. Now 12 years old, Sharp has placed more than 65,000 flags and flowers at Veterans gravesites in 13 states over the last two years. Today’s event adds to that tally, with another 5000-plus flags and flowers and his 14th state.

“A Veteran’s name not said out loud is a Veteran forgotten,” Sharp told the volunteers gathered to help remember those who served. “Whenever you place a flag and a flower, say the Veteran’s name out loud and ‘thank you for your service.'”

“Thanks to you and the many others who are here, we are showing future generations that we will never forget another generation’s service and sacrifice,” said Henry.

“We often times talk about sacrifice and service that goes unrecognized,” Henry told the volunteers. “Whether it’s one day or 100 years, it’s never too late to say thank you, even it it means standing in front of their grave and placing a flower, placing a flag.”

For his efforts, the 12-year-old was recognized by President Donald Trump during this year’s State of the Union address this past January. At Camp Nelson, Sharp joined Marine Corps Veteran retired Cpl. Matthew Bradford who was also featured at the State of the Union Address. To learn more about Sharp, please click here.

Today, on Flag Day, the #FlagAndFlowerChallenge brought volunteers to Kentucky’s Camp Nelson @VANatCemeteries to place flags and carnations at the headstones of those buried there. As each was placed, volunteers read the name of the Veteran, saying “You are not forgotten.” pic.twitter.com/JYKeXfGWXf