Can older Vets with TBIs benefit from mobile game apps? 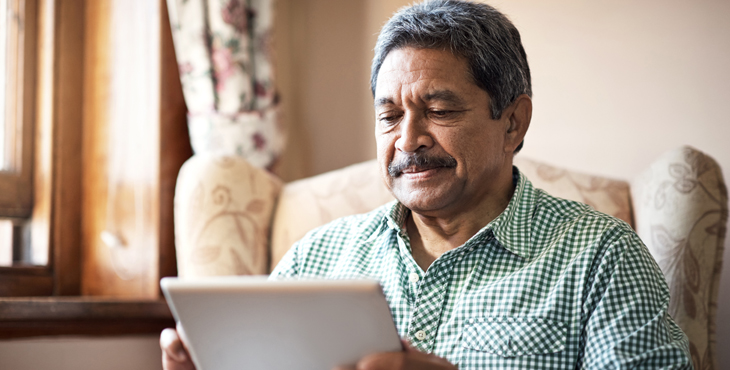 Older Veterans taking part in a VA study on mobile game apps for TBI are playing the games on an iPad for about 30 minutes a day, at least five days a week. (Photo for illustrative purposes only. ©iStock/shapecharge)

These Veterans aren’t playing video games to shoot down asteroids, take part in World War II battles, or follow criminals and their efforts to commit heists.

They are, however, striving to improve their mental sharpness.

The study is called the “Brain Aging in Veterans (BRAVE) Training” program. It involves Vets ages 60 to 85 who have a history of repetitive mild TBI, also known as a concussion, or at least one moderate TBI. The Veterans in the study have disclosed cognitive complaints, such as trouble concentrating, getting organized, and remembering things they need to do.

Evidence suggests that involvement in mentally stimulating activities like crossword puzzles and reading may help keep the brain healthy as people age. But whether computer games are the best way to accomplish this is unclear, Kaup says.

“Some studies of ‘brain games’ have shown promising effects, but others haven’t,” says Kaup, who is also an assistant professor at the University of California, San Francisco (UCSF). “A common finding in past studies that have tested such games is that people may get better at playing the game itself. But that may not necessarily translate into improvements in other cognitive skills or to meaningful benefits in everyday life. We need more research to understand this and to inform whether there may be a type of game that is most likely to help.”