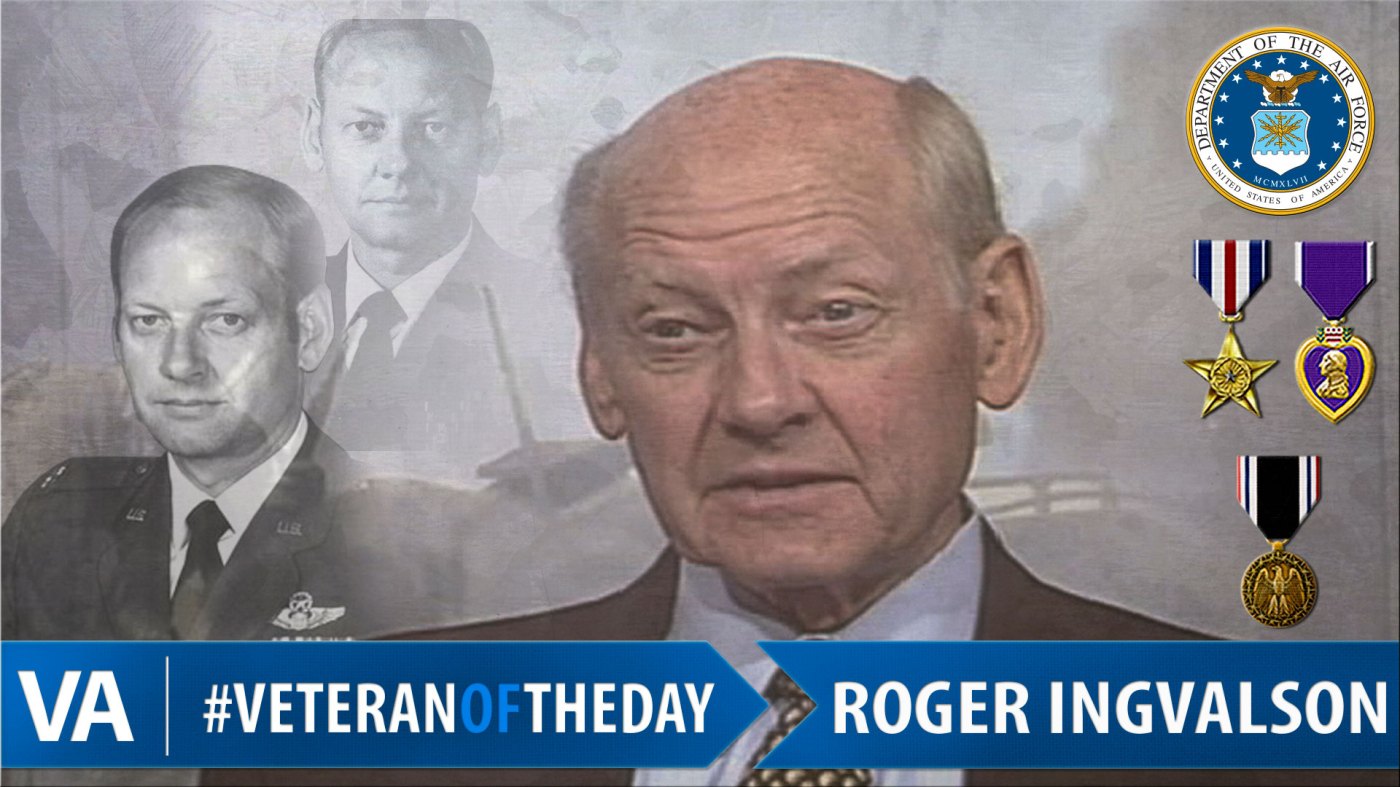 Today’s #VeteranOfTheDay is Air Force Veteran Roger Dean Ingvalson. Roger served during the Korean and Vietnam War from 1950 to 1976.

In an interview with the Veteran’s History Project, Roger describes joining the Air Force after the Korean War began. Roger spent ten months’ in airborne electronic school before being sent to Sheppard Air Force Base in Texas where he served as an electronic equipment repairman. After four years in Texas, Roger was accepted to aviation pilot training school in Georgia.

Roger served in the Air Defense Command flying F-49C’s, where he was responsible for defending the United States from enemy airplanes and missiles. In 1965, Roger was deployed to Thailand and flew combat missions in Vietnam. He was assigned to complete 100 missions in North Vietnam. On May 28, 1968, on his 87th combat mission, Roger’s plane was hit and he was forced to eject from his plane.

Roger landed in North Vietnam and was taken as a prisoner of war. On his first day, he was publicly beaten and taken into an underground prison. Roger spent his 40th birthday in a bamboo cage. He was eventually taken to Hỏa Lò, a prison notorious for its horrible conditions. Roger spent 20 months in solitary confinement and was subject to torture and inhumane living conditions. Roger was a POW for five years. During that time, he resisted his captors in any way that he could, including writing coded messages to fellow prisoners and constant prayers.

Roger married his wife after returning from Vietnam.