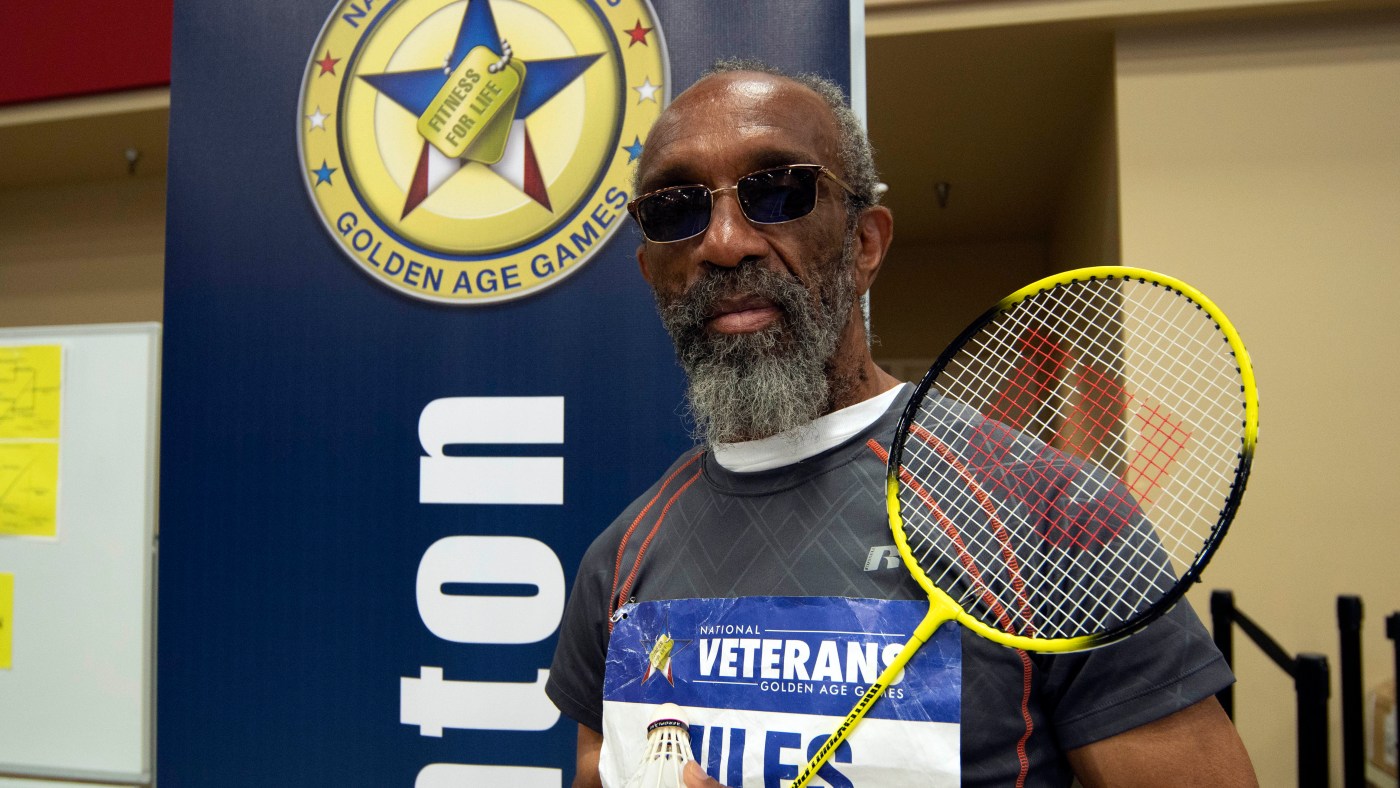 As a fourth grader running for vice president of the student council, Ron Miles unveiled the campaign slogan, “You can go a long way with Miles.” To illustrate his theme, he created a poster showing a long road that was very wide at the beginning and very narrow at the end.

The catchy slogan did the trick. He succeeded in his election bid.

Miles, now a 65-year-old Army Veteran, kept the slogan in mind when competing in the Aug. 4-8 National Veterans Golden Age Games in Albuquerque, New Mexico, especially when taking part in the 100-, 200-, and 400-meter sprints, and in the 800-meter power walk. He also participated in air rifle and badminton.

Hamstring problems made it challenging for him in the age 65-to-69 distance events. But he still earned a few accolades along the way.

This was the second time Miles had competed in the Golden Age Games. He enjoyed being in the company of more than 800 other Veterans.

“It’s cool,” he says. “I’ve seen a couple of these guys before. It’s a place where disabled people can be whole humans. Being a whole human was my goal because I had back surgery about a decade ago.”

Miles says a disc in his back went into the spinal canal, a cavity that runs through each of the vertebrae and contains the spinal cord. He had surgery in 2009.

“I was supposed to be in a wheelchair,” he says. “They gave me a cane, but I threw it away because I’d be a target for robbery. You see a guy with a cane, and you’re going to be like, `Let’s get him.’ So I shunned all of that. I was really in pain, but I started exercising and coming to these games. I’m still in pain, but I had a great time in Albuquerque.”

Miles served in the Army for six years starting in 1978. He was first stationed at Aberdeen Proving Ground in Maryland and was “brought up to speed on how to research chemical, nuclear, and biological weapons,” he says. From there, he worked for the U.S. Army Environmental Hygiene Agency in Landstuhl, Germany, before finishing his military career at Aberdeen.

Miles has long been interested in various elements of chemistry. He also calls himself a history buff, especially when it comes to his family, which certainly has a storied history.

He says an ancestor of his from generations back, John Wesley Bussey, was assigned by President Abraham Lincoln near the end of the Civil War to oversee the transition from slavery to the freedom of black people in an area of Georgia after the war. Miles isn’t sure how Lincoln knew Bussey.

Miles also says one of his distant cousins, Charles Milton Bussey, flew with the Tuskegee Airmen, the famed all-black unit that carried out combat missions in World War II. Charles Bussey also took heroic actions in a Korean War battle that ended up saving all of the members of his tiny unit and wiped out some 250 advancing North Koreans.

Bussey retired from the Army in 1966 as a lieutenant colonel. His decorations included the Silver Star, the Bronze Star, the Purple Heart and the Air Medal.

Miles, who was born in Muscogee County, Georgia, also believes that 90 percent of his blood is Muscogee, a Native American tribe. He says the other 10 percent is African-American.

In focusing on the present and future, he looks forward to competing at the National Veterans Golden Age Games next year in Anchorage, Alaska.

“I’ve never been to Alaska,” Miles says. “I’ll be coming in much more prepared than before. This time, I’m going to practice during the entire upcoming year. I have to get better in sports and physical fitness.”