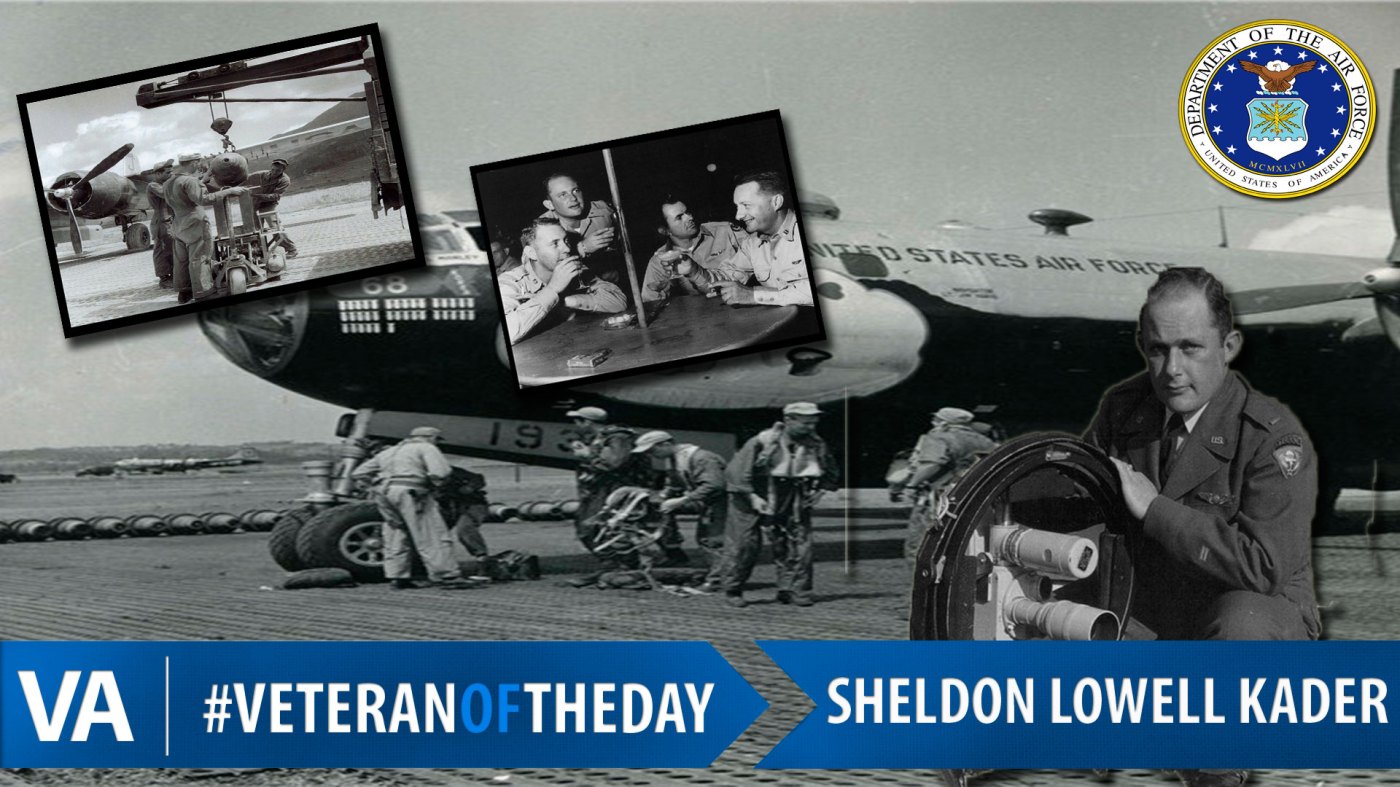 Today’s #VeteranOfTheDay is Air Force Veteran Sheldon L. Kader. Sheldon served in World War II and in the Korean War.
As soon as Sheldon graduated from high school in 1943, he joined the Army Aviation Cadet Reserve Program. He was only 17, so he wasn’t able to enlist in the military right away. When he turned 18, he enlisted and was trained as a radio operator. He was sent overseas on the U.S.S Lejeune shortly after WWII ended. Sheldon was a member of the 9th Air Force Troop Carrier command and assigned to a C-47 plane when he got over to Europe. Soon after he was interviewed and became the radio operator for the commanding general of the United States Air Force in Europe, Idwal Edwards. Along with this promotion he also earned the rank of Staff Sargent. In 1947 he was discharged in order to finish college, where he majored in advertising and minored in journalism.
When the Korean War broke out, Sheldon was recalled because of his radio operator training. Since he had just finished college, he decided to apply for a commission. He went before the commissioning board and was awarded the rank of second lieutenant. Then, he was transferred to the Second Combat Camera Unit. His job was to film and produce documentaries, which were used for public release and Air Force orientation. His main base of operations was at the Yokota Air Base in Japan. He came home after the war ended in 1953 and stayed in the reserves until he got married. He retired as a captain after eight and a half years of the service.
After the war, Sheldon went back to work for the advertising company he had worked at after college. He then moved on to various advertising companies, such as the May Company Department Store of the Air, which was the first television program that allowed viewers to see products demonstrated and then call and buy them. He also joined the International Combat Camera Association and is a loyal supporter of the Disabled American Veterans, as they helped him so much when he went deaf from taking photographs of howitzers being fired without any ear protection.
Thank you for your service, Sheldon!