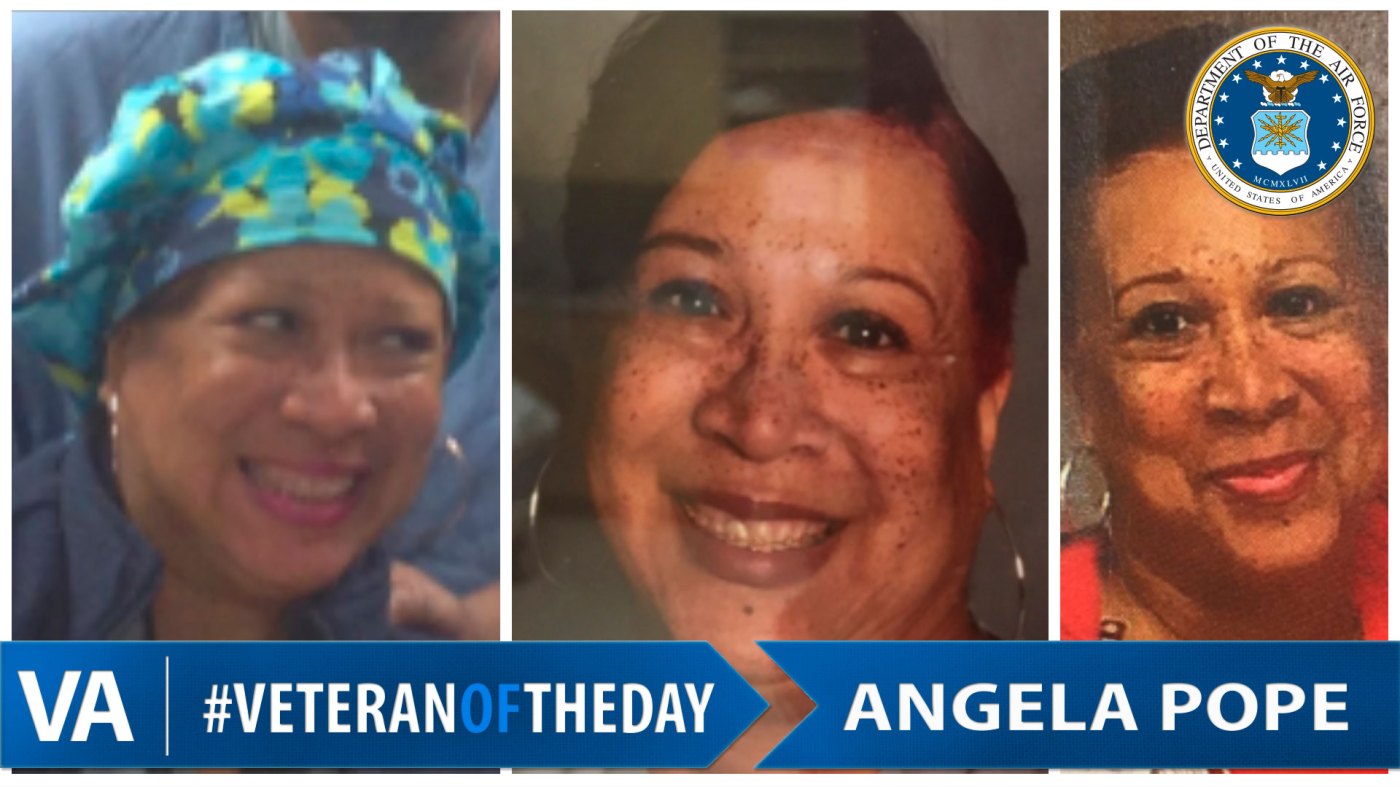 Today’s #VeteranOfTheDay is Angela Pope. Angela served in the Air Force as a Medical Technician from 1986 to 2011.

Angela joined the Air Force as a way to pay for college; but once there, she gained more than she anticipated. The Air Force taught her skills and gave her knowledge about survival. She served as a medical technician at an Air Evacuation hospital for four years, before continuing to the Air Force Reserves as a flight medic. She served in Desert Storm and Desert Shield, conducting hundreds of simulated flights to prepare her for war. In 2004, she was put on active duty to support Operation Enduring Freedom in Afghanistan.

After 25 years of service, Angela retired in 2011 to devote time to her two children. She’s a registered nurse at the Louis Stokes Cleveland Veterans Affairs Medical Center. She’s a Veteran who cares for other Veterans.

Thank you for your service, Angela!