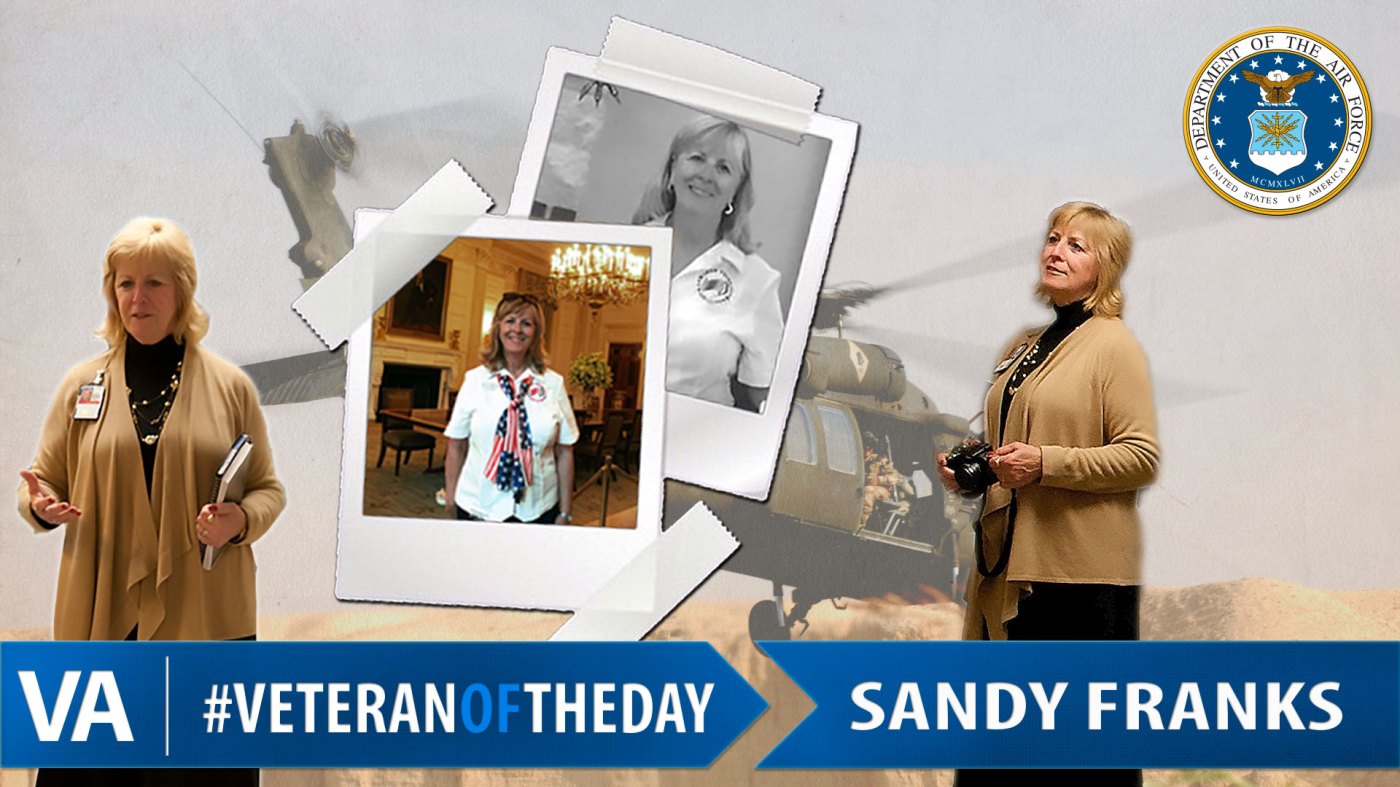 Sandy enlisted in the Air Force in 1974 when she was 24 years old and a mother of two. During her time in the Air Force, she became the first female First Sergeant of a Pararescue Squadron at Eglin Air Force Base in Florida. Sandy and her squadron of 165 people were also the first to have the UH-60 helicopter.

Sandy’s traveled to England where she witnessed Soviet inspectors arrive as part of the Intermediate-Range Nuclear Forces Treaty that banned ground base cruise missiles that her squadron had ready. She also witnessed some of the fall of the Berlin Wall, when she was stationed in Germany.

Sandy retired from the Air Force 23 years to the day she enlisted on August 1st, 1997. She now leads a group called Women Veterans of the Ark-La-Tex, which is a multi-service women’s group that makes plans to install a life-size statue in Bossier City, Louisiana to honor women Veterans.

Thank you for your service, Sandy!