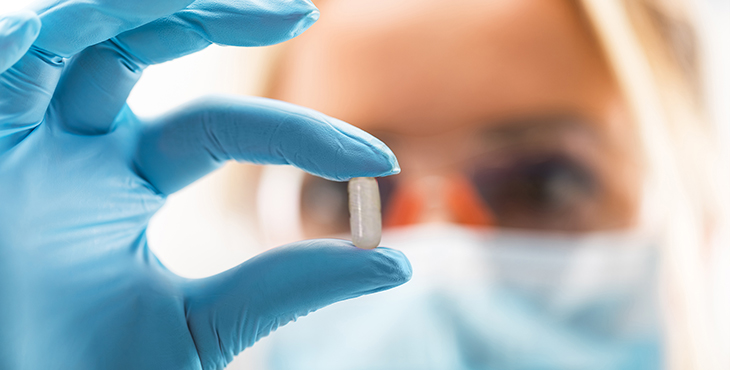 Uridine, a natural substance found in human breast milk and other foods and plants, has been studied for its possible effects on brain health and other areas. VA is studying its possible role in suicide prevention. (Photo: ©iStock/scanrail)

VA researchers are trying to learn whether a substance that is naturally occurring and is available as a dietary supplement has the potential to subdue suicidal thinking, or ideation.

Based at the Salt Lake City VA Medical Center, Dr. Douglas Kondo is a psychiatrist with the Rocky Mountain MIRECC (Mental Illness Research Education and Clinical Center). He’s leading a trial on uridine in relation to suicidal ideation. The project is part of the U.S. Food and Drug Administration’s (FDAs) Investigational New Drug program. Currently, there’s no FDA-approved oral drug for suicide prevention.

“I’m going on the assumption that something present in human breast milk, in other words something newborn infants consume on their first day of life, won’t be harmful to adult Veterans. But we have to test that theory.”

Kondo’s main goal is to test the anti-suicidal ability of uridine. If the data are encouraging, they could set the stage for a larger multi-site study. He also hopes to identify, through neuroimaging, brain chemistry changes that occur when participants experience a reduction in suicidal thoughts while taking uridine.

Kondo, also an associate professor at the University of Utah, stresses that uridine is still considered “investigational.”

“That means it’s not ready for prime time,” he says. “As with any drug in the early stages of development, no conclusions can be drawn right now.”

“We’re just playing a small role in this problem,” he adds. “Suicide is a big problem not just for Veterans, but for everyone.”

Research has also shown that about a quarter of Veteran suicides occur within seven days of the person’s final VA visit, and that half occur within 30 days of their last appointment.

Those statistics, Kondo says, provide a “window of opportunity” for an oral and rapid-acting treatment with mild side effects, such as uridine, to be an effective clinical tool for VA researchers. If uridine proves effective, he notes, its status as a natural compound in breast milk means it could be prescribed by primary care, emergency department, and women’s health professionals.

The primary outcome measurement—whether uridine is superior to placebo in its impact on suicidal thoughts and behavior—will be based on interviews with both groups: one at baseline, four on a weekly basis during the month-long period, and one at follow-up. The researchers believe in the end uridine will “rapidly reduce” suicidal thoughts in Veterans.

Kondo and his team will monitor for possible adverse reactions to uridine through pre- and- post-treatment lab testing. The tests will include a urinalysis, a measurement of blood count, and an examination of kidney and liver function. The researchers will also record Veteran accounts of uridine’s most common side effects: vomiting, diarrhea, and nose bleeds.

“I’m going on the assumption that something present in human breast milk, in other words something newborn infants consume on their first day of life, won’t be harmful to adult Veterans,” Kondo says. “But we have to test that theory.”