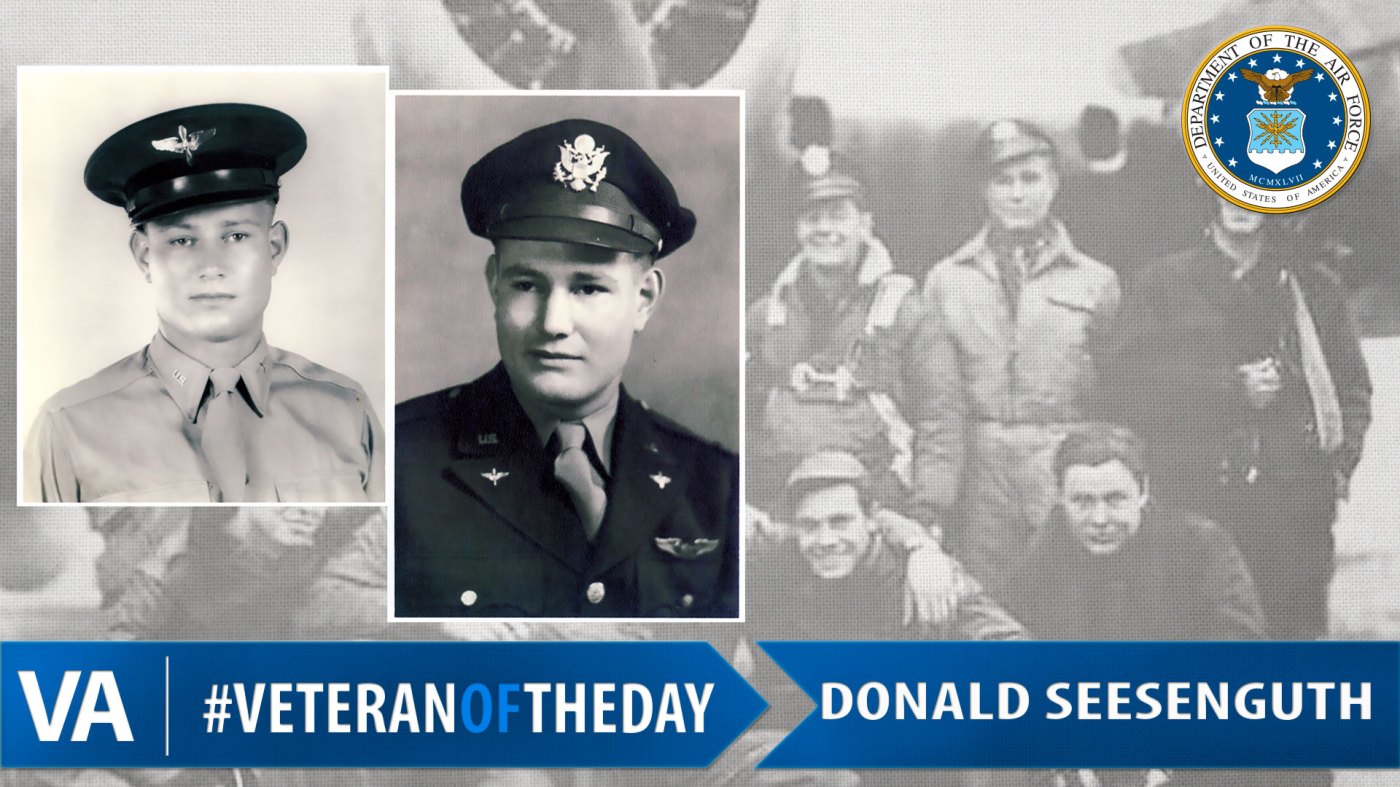 Donald enlisted in the Aviation Cadet Program in 1942. After extensive testing, he qualified to choose to become either a pilot, navigator or bombardier. He decided to become a pilot. During training, he first learned how to fly an open cockpit plane with no technology, then to fly heavier air craft with instruments, then finally he learned how to fly the B-17. Donald was commissioned as a 2nd Lieutenant and assigned to the 8th Air Force when he completed his training and was sent overseas in 1944.

Donald’s first bombing mission was to Augsberg, Germany, where planes in his group sustained damage. During the D-Day invasions, Donald flew ahead to help clear a path for troops to advance. Later that year, during the Battle of the Bulge, Donald’s plane was hit with flak and his No. 3 engine was knocked out. A piece of shrapnel hit Donald in the thigh and despite spending Christmas of 1944 in the hospital, the doctors were never able find the shrapnel. It is still in Donald’s leg to this day. After completing 30 missions, Donald was sent back to the United States. He joined the reserves and was recalled during the Korean War, where he flew B-29 planes and was part of a reconnaissance squadron that took photographs of North Korea to produce maps. When Donald separated from the service, he had completed 65 missions and logged 562 combat hours.

Donald returned to the United States after the Korean War and worked at a soybean plant. In 1955, another plant opened in Chattanooga, Tennessee and Donald was offered the Superintendent of Maintenance position. He accepted and has lived in Chattanooga ever since, which is where he met his wife, Betty. Donald retired from the plant in 1987 and has since enjoyed travelling often. He also attends reunions that his bomber group holds every two years. More of his story can be found at http://memory.loc.gov/diglib/vhp/story/loc.natlib.afc2001001.20002/