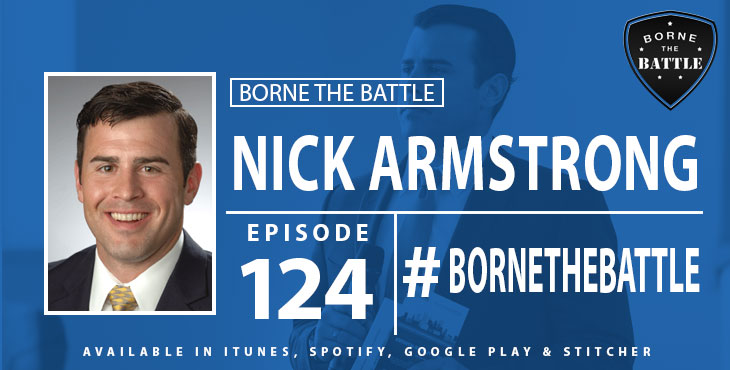 The Institute for Veterans and Military Families (IVMF) at Syracuse University is a key contributor in the support of Veteran entrepreneurs and research on transitioning Veterans. In the past, we have spoken with IVMF’s Director, Mike Haynie, and their Manager for Managing Director for Programs and Services, Jim McDonough. This week, we talk with Nicholas Armstrong, IVMF’s Senior Director for Research and Policy.

Nick began his career as an Army field artillery officer upon graduating from the U.S. Military Academy at West Point in 2000. In the Army, he served seven years on active duty, including nearly three years deployed to Iraq, Afghanistan, and Bosnia with the 10th Mountain Division (Light Infantry), during which he received two Bronze Star Medals and the Combat Action Badge, among other commendations. In addition, Nick served as a speechwriter to the commanding general of the 10th Mountain Division and Fort Drum, NY, as well as aide-de-camp to the division’s deputy commanding general. Nick is also a graduate of the U.S. Army Airborne, Air Assault, and Ranger Schools.

Serving in his current role since 2014, Nick developed and leads a multi-disciplinary team comprised of social, behavioral, and data scientists, student analysts, and an extended network of affiliated scholars and experts. He manages a broad portfolio of sponsored research, program measurement, and evaluation efforts to inform the social, economic, wellness, and related policy concerns of the nation’s veterans and their families. In addition, Nick is responsible for the IVMF’s data analytics, quality, and decision support activities that guide the Institute’s operations to serve, annually, more than 20,000 veterans and family members nationwide and abroad.

Nick joins Borne the Battle to discuss his experience in the Army, his efforts at IVMF, and some key research from the institute that provides essential information on transitioning Veterans.