Home / Guest Posts / The story of the American Legion Post 1084 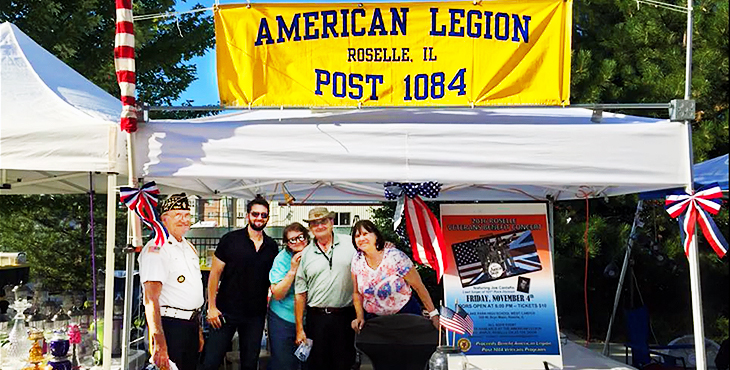 Chartered by Congress in 1919, the American Legion is approaching its 100th birthday in serving Veterans, servicemembers, and communities.

The Veterans organization known as the American Legion was created after World War I to provide support for returning soldiers. Since then, the Legion has established itself as the largest Veterans service organization in the world by serving America’s current and former military personnel and their families. Over the last one hundred years, the Legion has been a force driven to spur social change, as well as advocating medical benefits for disabled Veterans and opportunities to attain higher education.

The American Legion is comprised of 13,000 posts worldwide. Those posts are divided into 55 departments, with divisions based in fifty states plus the District of Columbia, Puerto Rico, Mexico, the Philippines, and France. The American Legion is continuing its commitment to Veterans by expressing recent support for the Legion Act. Because the American Legion’s membership periods are congressionally chartered, this act would expand membership eligibility periods to honorably discharged Veterans who have served in unrecognized times of war and grant them access to benefits.

American Legion posts are known for supporting communities and local Veterans. Over the years, the posts have hosted social events to encourage camaraderie, served the less fortunate on holidays, and raised funds for local causes.

Past members have included former presidents John F. Kennedy and Ronald Regan, along with Medal of Honor recipients Alvin York and William Donovan.

Set to become a centenarian on March 15, the American Legion is 2.5 million strong and growing. They continue to honor and support our nation’s heroes at national, state, and local levels by helping members navigate the Veterans Administration system, honoring the Eagle Scout of the Year with a $10,000 scholarship, and sponsoring more 2,500 Boy Scouts of America units.

Like all American Legion posts, Post 1084 is dedicated to promoting a sense of patriotism, good citizenship, as well as a symbol of freedom and democracy.