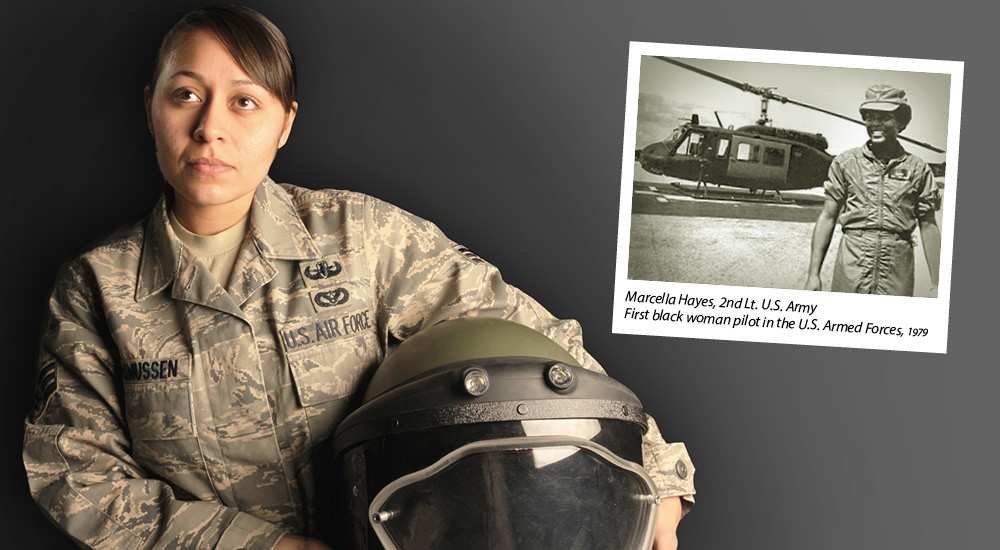 There has never been one kind of woman Veteran. Yes, they are often mothers and sisters. But they are also leaders, teachers, nurses, and doctors. They represent the fastest growing Veteran group. This women’s history month, we are reflecting on their contributions to the U.S. military.

It starts at the American Revolution with women like Deborah Samson. She answered the call to defend her country in 1782. She joined the Patriot forces disguised as a man because women could not be in the military.

Samson did dangerous work searching for enemy troops for nearly two years. No one knew she was a woman until she was injured. She had to leave the service, but she was the only woman in the revolution to earn a military pension.

Determined women answered the call again during the Civil War. These were women like Dr. Mary Edwards Walker and Cathay Williams. One became the first female surgeon in the U.S. Army and the only female Medal of Honor recipient. The other was the only black woman on record to serve in the Army in the 1800s.

From spying and field medicine to combat and command, these women became heroes, though that was not their intention. They were serving a nation they loved and in doing so became legends. Their courage led those who came after to dream bigger and reach further.

Please join us as we celebrate women Veterans, the history they have made, and the trails they have blazed for those who follow.

About the author: This article was submitted by VA’s Women’s Health Services Office. Created in 1988, the Women Veterans Health Program was created to streamline services for women Veterans to provide more cost-effective medical and psychosocial care.