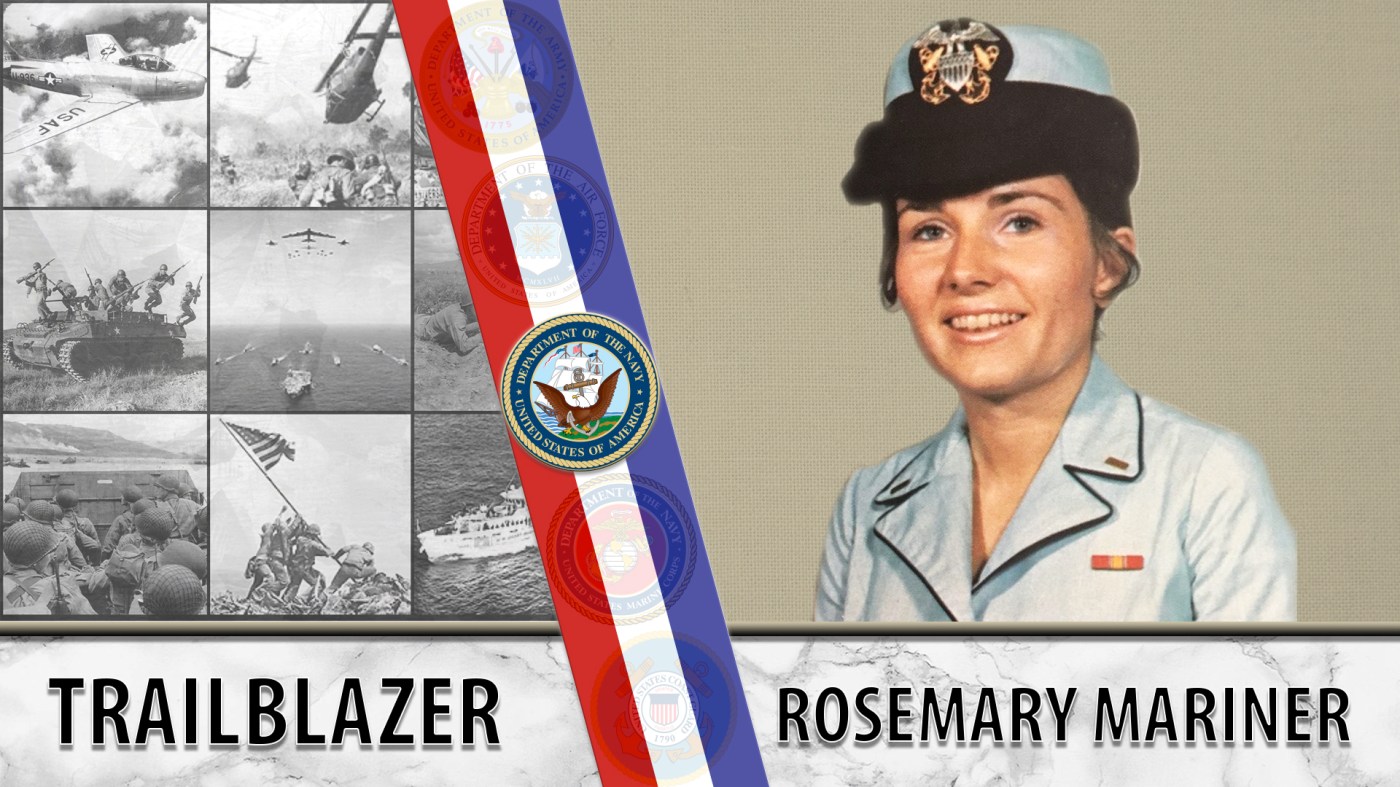 “Trailblazer” and “pioneer” are the words often used to describe Capt. Rosemary Bryant Mariner. In 1974, she was one of six women to earn her wings and become an aviator as well as one of the first female Navy jet pilots, flying the A-4C and the A-7E Corsair II. Born in Harlingen, Texas in 1953, she was the daughter of an Air Force pilot and a Navy nurse and was raised in the military environment of San Diego, California. By the age of 17, she earned her pilot’s license and by the age of 19, had graduated from Purdue University as the first woman to earn a degree in aeronautics.

Along with her groundbreaking positions as a pilot, during her military career, she also was among the first women to serve as a surface warfare officer aboard the USS Lexington in 1982. Only a few years later in 1991 during Operation Desert Storm, she became the first woman to command an operational aviation squadron. With each breakthrough becoming more significant, she faced increasing resistance from both the military and civilian worlds as gender roles were becoming a heated topic of cultural debate. By the end of her Navy career in 1997, she had served 24 years, achieved the rank of captain and acquired over 3,500 flight hours in 15 different aircraft. After her retirement, she became a professor of military history at the University of Tennessee and continued to advocate for women in the military by working with a Department of Defense advisory board and members of Congress to overturn laws preventing women in combat service.

On Jan. 24, 2019, Capt. Mariner died from ovarian cancer at the age of 65. The U.S. Navy honored her with a tribute appropriate for a female leader—a “missing man flyover” consisting of an all-female crew—another inspiring first for the U.S. military.