Home / Vets Experience / Listening to the Voice of the Veteran through the My Life, My Story Program

Listening to the Voice of the Veteran through the My Life, My Story Program 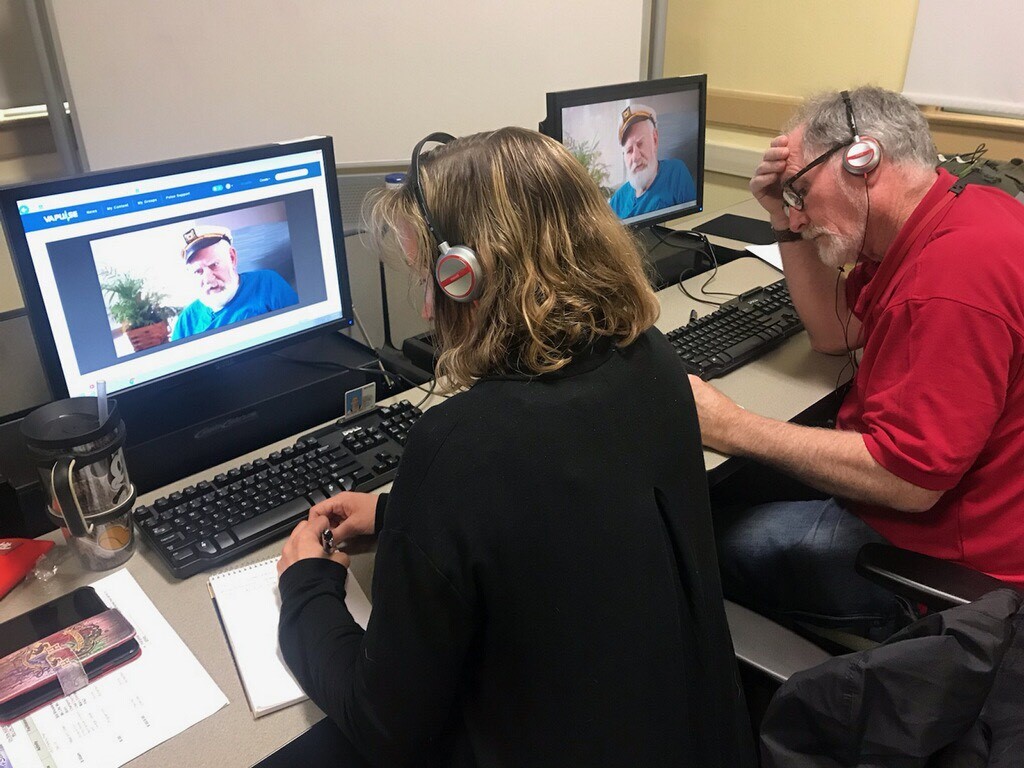 Does your doctor know that you are a caregiver for your parents? Or ever since that helicopter hard-landing you really hate to be in confined spaces? Maybe you have developed a great relationship with your primary care provider, but now you are starting over with a new specialty provider?

Staff at the Prescott VA learn to document Veteran My Life, My Story events through a filmed interview.

What should your care team know about you besides your medical history? VA’s My Life, My Story program provides Veterans the opportunity to share their experience and story with VA, in a short narrative that is uploaded to the VA records system. This story is accessible by all VA providers assigned to the Veteran. The program creates the opportunity for clinical care teams to get to know their patients better, while also letting the voice of the Veteran have more input in their health care. The aspect of storytelling creates a strong connection between providers and Veterans that lead to better clinical care.

VA staff and trained VA volunteers conduct interviews with Veteran patients and write brief stories about the Veterans’ lives. After obtaining consent from the Veteran, the short 1,000 word story is uploaded to the VA system for the Veteran’s care team to review.

Once the interview concludes, the volunteer transcribes, edits, and synthesizes the information into the short, first-person story. The story is read back to the Veteran to receive feedback and make any necessary edits. Once the Veteran approves the final version of the story, they receive copies and it is uploaded to the medical file. Some facilities even video-record the interview.

In 2013, the My Life, My Story program was developed at the William S. Middleton Memorial VA Hospital in Madison, Wisconsin. In 2018, The Veterans Experience office recognized the program as a best practice and has begun training VA facilities nationwide. Since then, 33 facilities have implemented the program, and that number is growing fast as more Veterans have requested the program at their facility.

The Northern Arizona VA Health Care System in Prescott, Arizona was recently trained to implement this program. Mary Dillinger, the Public Affairs Officer shared, “I am excited to roll out My Life My Story at NAVAHCS because our Veterans should know their story matters and our staff cares.

My Life My Story Patient Experience