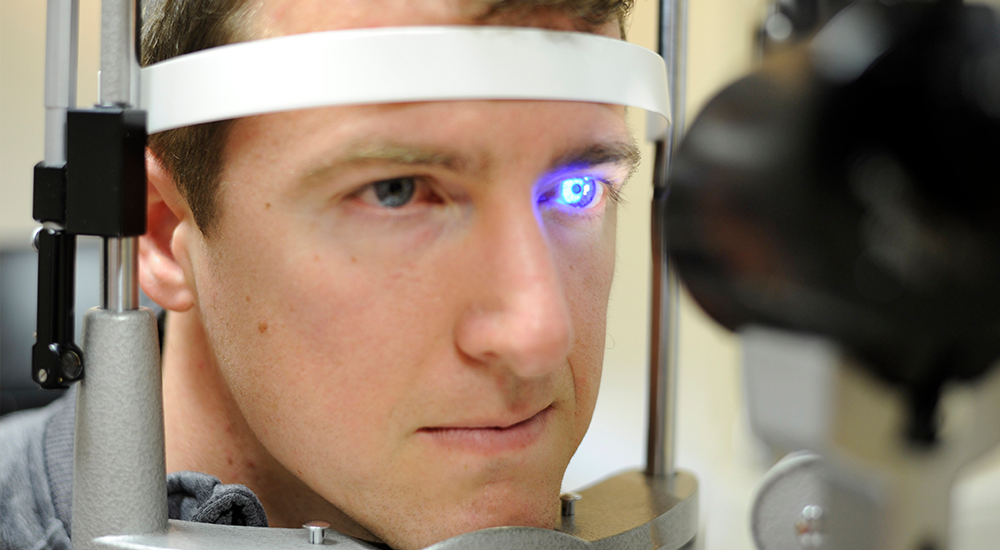 Many Veterans with glaucoma have benefited from the pioneering work of Dr. Mary Lynch of the Atlanta VA medical center.

During her career, Lynch’s research has centered on innovative ways to deal with difficult problems in glaucoma.

(You may have to fire up your favorite search engine to understand…and appreciate…her remarkable achievements. There’s also a link to a video in this story which tells the story of her innovations…also in medical terminology…but very impressive!)

She wrote the first paper describing central nervous system side effects from beta-blocker eye drops. Her observations led her to work on the development of dropper tips that could produce smaller eye drops. This work has been incorporated into current dropper tip designs.

Lynch also wrote the first paper describing the 360-degree suture trabeculotomy to treat congenital glaucoma. This option had a much higher success rate than other protocols and gave children a higher chance of achieving normal vision. The 360-degree trabeculotomy technique now has been expanded to include adults with glaucoma, including Veterans.

The American Glaucoma Society has named Lynch the 2019 recipient of the society’s prestigious Innovator Award. The award is given to one physician each year in recognition of his or her contributions to the field of glaucoma.

She is the first woman to receive this award.

In 1999, Lynch developed the EyePass in collaboration with her husband. The EyePass was the first trabecular bypass device for glaucoma and initiated a new category of glaucoma surgery: minimally invasive glaucoma surgery (MIGS). Last year, nearly 1500 Veterans received MIGS glaucoma surgery based on the pioneering work of Dr. Lynch.

As a physician with the Atlanta VA Medical Center, Lynch has a strong interest in improving eye care delivery and enhancing other aspects of life for aging Veterans who have poor vision.

Lynch is a professor of ophthalmology at Emory University School of Medicine/Emory Eye Center. She joined Emory and the Atlanta Veterans Affairs Medical Center in 1988.

“My husband, Reay Brown, and I were recruited to the Emory Eye Clinic in 1988 to run the glaucoma service,” Lynch says. “We were drawn to Emory’s rich tradition of clinical and bench research, the teaching opportunities afforded by Grady and VA, and the outstanding and collegial faculty.”

This video describes her distinguished career and achievements.

“Initially, I thought working at VA would be a temporary move and that I would return to Emory once the girls were grown,” Lynch says. “But VA proved to be a wonderful place to work with very grateful patients. Over time I was able to build up one of the largest sections in the hospital and expand the residency training program. I also became involved in national committees and was able to launch a number of innovative programs.”

She also established a foundation in memory of her daughter, Madeleine Jude Brown, who passed away in 2006. The MJB Foundation provides a four-year college scholarship to one or two high school students from Atlanta each year. As president of the foundation, Lynch has thus far mentored 12 students through their college journey.

The Emory Eye Center is obviously very proud of her honor.

“I will always remember her saying ‘We are making history!’ whenever we were performing circumferential trabeculotomy surgery. Congratulations to Mary for this outstanding award and her years of service to Emory and VA.”